Dr. Barry Warmkessel is the author of an extensive website(a) dealing with extraterrestrial impacts. He speculates(b) on the existence of a brown dwarf star, he calls Vulcan, in our solar system 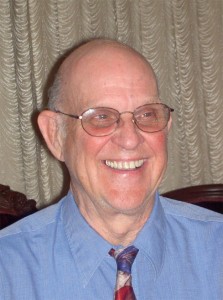 with an orbital period of around 5,000 years. Warmkessel claims that Vulcan has been responsible for capturing bodies from the Kuiper Belt leading to regular impacts(c) with Earth over many thousands of years. I suppose it was inevitable that the subject of the then impending disaster of 2012 was included(d) and so we are told that ‘Planet X’ or Nibiru is in fact a comet swarm that should be detectable from August 2012!

Atlantis has not been overlooked by Warmkessel who has included(c) a number of related papers (a third of the way down the page). He appears to favour circa 9600BC as the date for the destruction of Atlantis but includes links to various commentators who differ greatly on details such as cause and location.

In March 2014, Warmkessel published another wideranging paper(e) on Atlantis and asteroid impacts (Updated July 2015). In it he identifies a site off the west coast of Cuba as the location of Atlantis, which was destroyed by an asteroid impact. Which coincides with the views of Kelso de Montigny and others. He also predicts that “next passage of a comet cluster through the inner solar system are 2016 to 2017.”