Little was heard of the region again until 1998, when Ryan &  Pitman identified the flooding of the Black Sea with Noah’s Flood[025]. This was followed in 2001 by Ian Wilson‘s Before the Flood [185], which reflected a similar line of thought.

In 2004, the Bulgarian father and son oceanographers, Petko and Dimitar Dimitrov, published their book, The Black Sea, the Flood and the Ancient Myths, in English, which supported much of Ryan and Pitman’s work. Unlike them, who based much of their conclusions on a study of molluscs, the Dimitrovs focused on sedimentation evidence. Their book is now available, in English, as a free pdf file(d). They also suggest that this Holocene influx into the Black Sea also triggered the Vedic Aryan migration to India(g).

Ryan and Pitman’s book unintentionally triggered the imaginations of a number of people into considering the possibility of a possible link between this inundation and the sinking of  Atlantis. While Ryan and Pitman have made no such suggestion, others such as Ian Wilson[185] have seen a distorted memory of the event as a possible inspiration for Plato’s story. In 2009, Liviu Giosan, a geologist at the Woods Hole Oceanographic Institute published a paper(e) which suggested that prior to the intrusion of the Mediterranean the level of the Black Sea had been just 30 metres below its present level rather than the 80 metres proposed by Ryan and Pitman. This would imply a less extensive degree of flooding than previously thought. Giosan has offered a sceptical Ryan an opportunity to replicate his tests.

Although the scenario pictured by Ryan & Pitman and others is of a very rapid flooding of the original smaller Black Sea, more recent studies appear to indicate a more gradual raising of the water levels. “With more data to be analysed, it supports the idea that the waters rose unnoticeably, by metres over centuries, even millennia.”(o) 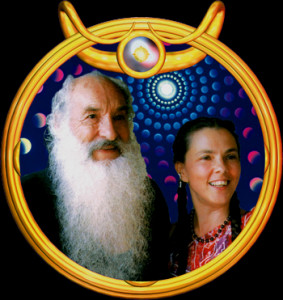 The evidence to-date suggests that the flooding of the Black Sea coincided with a storegga event, which would require a catastrophe on a scale not previously considered. In a 2017 paper(i), John M. Jensen offers a range of evidence to support this contention.

A.I. Zolotukhin places Atlantis in the western Crimea on his multilingual website with the inviting title of Homer and Atlantis(j).

The legendary destroyed city of Ancomah, is frequently compared to Plato’s description of the destruction of Atlantis. It was reputed to have existed in the vicinity of the ancient port city of Trabzon, which is located on the south-east coast of the Black Sea.

In October 2018, an attempt was made to breathe new life into the idea of Crimea as a remnant of an Atlantis submerged under the Black Sea. Unfortunately, it offers no evidence or references in the badly translated article(k). In the same month it was reported that the oldest intact shipwreck was discovered in the Black Sea by an Anglo-Bulgarian team. It was identified as a Greek trading vessel dated to 400 BC(l). The oxygen-free waters at the bottom of the Black Sea had preserved it and dozens of others located by the team.

In early 2019, George K. Weller, building on the theories of the Schoppes, also proposed the Black Sea as Atlantis’ home, again nominating Snake Island as the home of Mr. and Mrs. Poseidon, which, before the Black Sea was flooded, would have been the central peak of their island home, as referred to by Plato(n).