Julia Annas (1946- ) is the British-born Regents Professor of Philosophy at the University of Arizona, where she now lectures and is 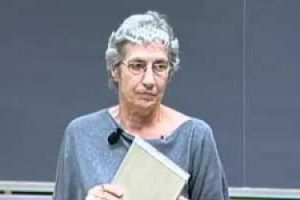 currently researching Platonic ethics. A few years ago she published her sceptical views regarding Plato’s Atlantis(a). Thorwald C. Franke has written “a detailed analysis of her thoughts and show exactly where and why she is wrong concerning Atlantis although her general ideas about Plato are not wrong.”(b)

Franke’s forensic study of Annas’ is another valuable contribution to Atlantis literature, highlighting that regarding Atlantis sceptics “It is simply not enough that all (?) agree on the one single fact that it is an invention while proposing many contradictory reasons and interpretations for this. If it is a recognizable fiction you would expect e.g. a consolidated interpretation of the recognizable meaning of this fictional story. But there are as many invention hypotheses as there are localisation hypotheses.”