Randall Carlson is an architect, geomythologist and catastrophist. He is the 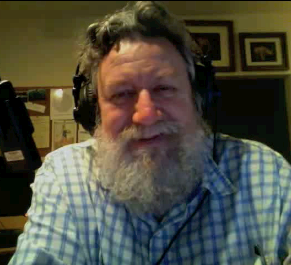 founder of Sacred Geometry International(a). Carlson also features in Graham Hancock‘s book, The Magicians of the Gods[1119]. Hancock’s book  focuses on the cometary impact in the 11th millennium BC, proposed by Richard Firestone et al. nearly a decade ago. Hancock returns to the subject again in his latest offering, America Before [1680].

Carlson considers the destruction of Atlantis coincident with the ending of the Last Ice Age and the onset of the Younger Dryas Period(b).

*On his GeoCosmicRex website(c) he outlines the early 20th century ideas of J Harlen Bretz and others who sought to explain the American Scablands as the result of the frequent catastrophic bursting of ice dams, with as many as 80 such events.

Since then, new data and new thinking has led many to a dramatic revision of conclusions and a more coherent theory to explain the creation of the Scablands and the sudden return to Ice Age conditions during the Younger Dryas Period. This is a consequence of the Firestone cometary impact theory, which has continued to gather support.*