Lyon Sprague de Camp (1907-2000) is probably better known as a science fiction writer with over 120 books to his credit, including, including two non-fiction titles, Citadels of Mystery (First ed.: Ancient Ruins and Archaeology)[820] and Lost Continents[194], in which he was extremely sceptical  of the reality of the Atlantis described by Plato. He offers the blunt declaration that Plato concocted the whole story, basing the tale on a mixture of the wealth of Tartessos in Spain, the destruction of 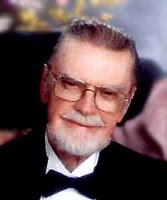 the Greek island of Atalanta all intermingled with the mythology of Atlas. Although his criticism is harsh, it should be said that de Camp does display a reasonable degree of objectivity. It is probably because of his perceived integrity that other Atlantis sceptics continually trot out his views in support of their own position.

One of deCamp’s most quoted extracts is that “you cannot change all the details of Plato’s story and still claim to have Plato’s story.” While I fully endorse this comment, I must point out that there is a difference between changing and interpreting. For example when Plato refers to Asia or Libya, even deCamp accepted that in Plato’s day ‘Asia’ was not the landmass we know, stretching from the Urals to Japan, but a much smaller territory[194.27].  In fact the term ‘Asia’ at one point was just applied to a small region of modern Turkey. Similarly, ‘Libya’ was not the country we know by that name today, but the term was often employed to designate all of North Africa west of Egypt. There are a number of other details in Plato’s narrative that require explanation or interpretation and so as long as any such elucidation is based on evidence and reason they cannot be glibly dismissed as substantive ‘changes’.

DeCamp also considered Alfred Wegner’s theory of continental drift as “very doubtful”, but corrected this statement in a 1970 edition of his book. Immanuel Velikovsky also received the sharp end of deCamp’s pen, describing his catastrophic theories as ‘mad’.

Further information on de Camp can be found on the Internet (a) where excerpts from his Lost Continents are also available(b).

Henry Eichner drew attention[287] to the fact that in three books relating to Atlantis authored by de Camp he describes a ring found by Adolf Schulten at the site of Tartessos slightly differently in all three! In Lost Continents it is plain, in Lands Beyond it is copper, while in Ancient Ruins and Archaeology it became gold!

Frank Joseph incorrectly claimed in the July/August 2011 issue of Atlantis Rising magazine that DeCamp “formerly a staunch disbeliever in Atlantis, was later convinced it did indeed exist in south-coastal Iberia.”