Frank Joseph Hoff is a qualified American business administrator. He developed an ealy interest in 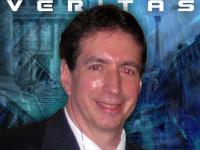 ancient mysteries including Atlantis. So when he encountered the theories of the Brazilian professor, Arysio Nunes dos Santos, who had concluded that Atlantis and the biblical Eden were the same and more controversially that it had been located in the South China Sea. Hoff was intrigued. So in 1998, he established contact with Santos and eventually became his ‘understudy’ assisting with research and promotion. He encouraged the professor to publish his work in English, which was done in 2005. Unfortunately, just two months later Santos died(a).

Following the death, Hoff continued to promote the work of Santos and carry out further research himself. He has featured on many of the American ‘fringe’ radio programs.