Jacques Collina–Girard (1949- ), from the University of the Mediterranean in Aix-en-Provence, is seeking evidence of Atlantis in the Strait of Gibraltar. A study of bathymetric charts of the western strait, led to the identification of an underwater feature, known as Spartel Island, as a potential candidate for the 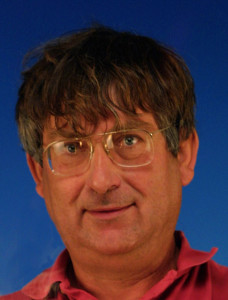 location of Atlantis.  Spartel is one island in an archipelago that would have been exposed during the last Ice Age. Critics of his theory have pointed out that the small size of Spartel is in sharp contrast with the description given by Plato. Collina-Girard admits to this weakness in his theory and offers some possible explanations(a). Nevertheless, in the same 2002 paper, he fails to address the discrepancy between 9000 BC date for Spartel and the Bronze Age society described by Plato. He stated to the 2005 Atlantis Conference on Melos that prehistoric oral traditions could have been transmitted over thousands of years until recorded in writing during the 4th millennium BC by Egyptian scribes [629.439].

Collina-Girard has proposed the location of Atlantis in approximately the same area as that suggested by Georgeos Diaz-Montexano. Intense rivalry exists between the two men with Diaz-Montexano claiming to have publicly identified the probable site of Plato’s Atlantis a year earlier than Collina-Girard. In 2009 Collina-Girard had his ideas published in book form[0999]. This has now been critically reviewed by Heinz-Guenther Nesselrath(c).

Marc-André Gutcher a geophysicist at the University of Western Brittany had initially supported Collina-Girard’s theory but later retracted(d) havingconcluded that Spartel Island when above sea level during the last Ice Age was probably only inhabited by a few fishermen and that it was not home to the Bronze Age society described by Plato.

Rainer W. Kühne, who favours a location on mainland Spain, has also argued against the idea of Spartel Island as Atlantis(b).