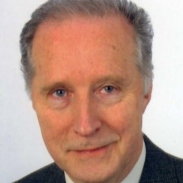 Peter Jakubowski (1947- ) was born in Poland and after attaining a doctoral degree in physics he moved to Germany in 1985. His principal area of interest ‘is a complete refoundation of physics and its practical applications in modern industry’. His ideas are explained in his book, Naturics[734] and his website(a).

Jakubowski had devoted some space on his website to air his thoughts on Atlantis but has removed them during a 2011 revamp of the site. He appears to closely follow the views of Axel Hausmann. He located Atlantis on Sicily and the Malta Plateau and explained that the circular features of the capital city were in fact the remnants of an asteroid impact crater.