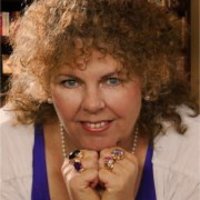 world and its history. She is also a firm believer in channelling(a).

In her book, The Secret History of the World [1679], she argues against an Egyptian source for the Atlantis story, claiming that it is unlikely that an Egyptian priest would have described the Athenians as “the fairest and noblest race of men”, nor give greater antiquity to the Greeks than the Egyptians. Others have countered these sentiments with the suggestion that they were nothing more than diplomatic flattery on the part of the Egyptians.

Her bizarre views on the Maltese cart ruts should be read in that entry.