st of Tunisia, between the African mainland and Malta, and is controlled by Italy.

Anton Mifsud and his co-authors offer evidence[209] that Atlantis was actually a large island that joined Malta to Lampedusa and contends that the famous archaeological sites on Malta are just remnants of the Atlantean civilisation. However, as can be seen from the above map, if Malta was joined to Lampedusa it must also have been connected with what is modern Tunisia, completing the Sicilian land bridge. The implications of this claim are that if true, it is quite probable that there was also a Gibraltar Dam and that during the last Ice Age the Mediterranean was reduced to a number of relatively small freshwater lakes. 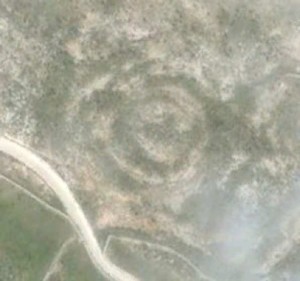 dubbed the ‘Lampedusa Stonehenge’.A 39-page booklet, by Ratti, which describes this feature in greater detail can now be downloaded(b). Ratti is a financial consultant by profession and the author of two books, Wall Street Watchman and The Skywatching Trader. However, his love of astronomy, archaeology and Lampedusa came together in the development of his website.

In 2015 he published, in Italian, a book on the prehistory of Lampedusa, La preistoria di Lampedusa. In 2016 Ratti also discovered a “prehistoric underwater place of worship” off the eastern coast of the island(c),*  which he describes as a temple similar in layout to those found on Malta(d).*