Paul A. LaViolette holds degrees in systems science and physics and an ardent catastrophist. He has published many books and articles on physics, astronomy, climatology and psychology. He lives in New York and has an interest in metaphysics, mysticism and music. His book on catastrophism[432] has an extensive section on Atlantis. He accepts that the destruction of Atlantis coincided with the end of the Ice Age around 9600 BC agreeing with the date given by Plato in his dialogues. However, LaViolette 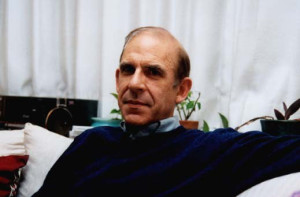 insists that the story must be taken metaphorically and on two levels. In the first metaphor he sees Atlantis as the ice sheet that once covered North America, which bordered on the Atlantic north west of the Pillars of Heracles. This glacier was linked to the European ice cover extending as far as Tyrrhenia as noted by Plato. However, he does not explain Plato’s reference to ‘Atlantis’ also extending to Libya, where there is no evidence of glaciation during the last Ice Age. The second metaphor has Atlantis in Critias representing ‘the first particle of matter that arose at the dawn of creation’! In his book Genesis of the Cosmos[433] he proposes that not only Atlantis as well as other creation myths were intended as a symbolic representation of the electric field that forms the structure of a subatomic  matter(b).

For anyone still interested, LaViolette has a website(a) outlining his radical ideas.

It is worth noting that LaViolette has ancient man possessing extensive knowledge, which he believes ‘requires that we considerably revise our ideas about the level of technical sophistication that our prehistoric ancestors had achieved’[432.264]. However, classical writers such as Aristotle were quite ignorant of the fact that the earth revolved around the sun.

*[In 2014 LaViolette visited the Visko pyramid in Bosnia and published an extensive illustrated article in which he expressed his amazement at what he saw there and concluded(c) that he considers  “this to be one of the most important archaeological excavations going on at this time on our planet.”]*