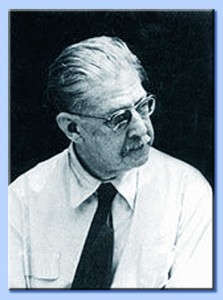 René A. Schwaller de Lubicz (1887-1962) was a mathematician, Egyptologist and philosopher from Alsace in France. In his early years he studied Theosophy, which I suspect coloured his later thinking. It seems that he also dabbled with alchemy and has also been accused of having supported right-wing politics!

Schwaller spent fifteen years studying the ancient monuments of Egypt, concentrating on the Temple at Luxor studying its dimensions and its relationship to ancient mysticism. Schwaller’s stepdaughter, Lucie Lamy, personally gathered the numerous measurements at Luxor.

Schwaller questioned conventional views of Egypt’s cultural development, mathematical sophistication and religious symbolism. He published his findings in a monumental work[449][450][451] that has now been translated into English(a). His work is difficult to read which may explain why he has had such a low profile.

His view of the ancients is perhaps summed up by one quote from him; “Can it really be said that before the day of our pretentious science, humanity was composed solely of imbeciles and the superstitious?”

Schwaller came to the attention of a wider audience when John Anthony West highlighted[452] his comments on the evidence of water erosion on the Sphinx that indicated a much greater age for the structure than generally accepted. West followed up Schwaller’s observations with a study of the Sphinx by the geologist Robert Schoch whose report[454] started one of the greatest controversies in modern Egyptology.

A recent report(b) found on a number of sites, by Shérif El Morsi, an Egyptian researcher, documents evidence of a ‘relatively recent’ incursion by seawater onto the Giza Plateau.