Dimitri Merezhkovski (1866-1941) was the author of a poorly constructed 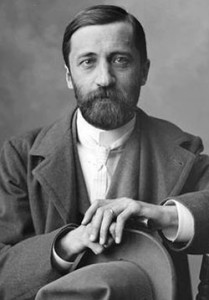 book[479] that portrays Atlantis as an empire 10,000 years ago, with colonies in Europe, West Africa and Central America. The author saw Atlantis as having highly advanced technology and practicing a religion that was a precursor to Christianity. This Atlantis was destroyed in a catastrophic event, leaving the Canaries and the Azores as remnants.

Merezhkovski saw this destruction as punishment for a descent into sinful ways in Atlantis. He then follows with a warning (originally written in 1930) that Europe is a second Atlantis and once again will be destroyed if it does not desist from its immoral ways, particularly militarism. Prophetic indeed! There is a critical review of his book available on the Internet(a) as well as a biography(b).