The Out of Africa theory is the dominant model of the geographic origin and early migration of anatomically modern humans (Homo sapiens)(a) . It arose from discoveries in East Africa less than a century ago. Previously, a more popular idea prevailed which claimed that modern humans arose from different populations of earlier hominids in various regions of the world. This regional development still has some advocates(c). 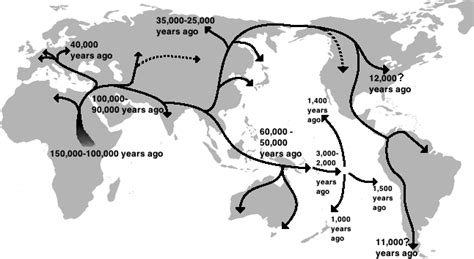 *New studies suggest that the early development of homo sapiens may have been more complex than previously thought(e). Chris Stringer, of the Natural History Museum, London, is quoted by The Guardian as saying that “the immediate predecessors of modern humans probably arose in Africa about 500,000 years ago and evolved into separate populations”.*