Emilio Spedicato (1945- ) was born in Milan. He graduated in physics and is now working in numerical analysis and applied mathematics. He has held a full professorship at Bergamo University since 1984. In addition to his more conventional academic 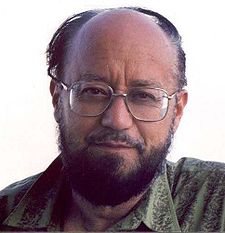 Spedicato has developed a list(a) of ‘54 theses for reconstructing Earth and human history during the catastrophic period 9500 to 700 BC’. This list is partly based on the work of Velikovsky, DeGrazia and Ackerman and is intended to be the basis of a larger work in book form. Some of his ideas will be seen as highly controversial such as the genetic manipulation of humans by extraterrestrial visitors. He locates the Garden of Eden and the ‘creation’ of Adam and Eve in the Hunza valley of modern Pakistan(e).

He ventured into further controversial territory with his support for an updated version of Hörbiger’s moon capture theory(f) and endorsement for pole shifts(g) after long periods of stability following encounters with large extraterrestrial bodies. He considers the last of these to have taken place in the 10th millennium BC.

Spedicato, in a series of papers delivered to the Atlantis Conference on Melos in 2005, linked the biblical Exodus with the Flood of Deucalion, which he dates as 1447 BC(d). He contended that these events were connected with the explosion of a large extraterrestrial body over Southern Denmark remembered in Greek tradition as Phaëton.

Atlantis has not escaped Spedicato’s attention and he has put forward the Caribbean island of Hispaniola as the home of Atlantis(b), specifically suggesting that Lake Enriquillo in the Cul-de-Sac Depression, which runs from Haiti across the border into the Dominican Republic. Spedicato accepts the possibility of the destruction of Atlantis around 9600 BC and has written an interesting paper(c) that links the demise of Atlantis with a direct asteroidal impact or a close encounter with a planet-sized body. Not without significance is the fact that Hispaniola is not submerged, in spite of the sea level rising hundreds of feet since the very early date proposed by Spedicato for the destruction of Atlantis, which should have sent it even deeper beneath the waves of the Caribbean.

Furthermore, leaving aside the question of submergence altogether, Spedicato does not explain how an Atlantis in the Caribbean could, in 9600 BC, have attacked Greece or Egypt, which did not exist as structured societies at that time.

Even more intriguing is why they would plan such a venture, considering a distance of 10,000 kilometers lay between them.

Spedicato has contributed at least a dozen papers to the Migration and Diffusion website including one on a possible Indian inspiration behind the Giza pyramid complex(h) as well as a paper(i) on the planet known to the Sumerians as Nibiru and today sometimes referred to as Planet X. He controversially claims that a close encounter with Nibiru around 9500 BC ended the last Ice Age and brought about the demise of Atlantis! A difficulty with that idea, is that if the encounter with Nibiru destroyed Atlantis AND ended the Ice Age how could the location where Atlantis was submerged still be marked by mud shoals 9,000 years later when sea levels had risen by 300-400 feet, as confirmed by Plato in Timeaus 25d?

*Another radical idea put forward by Spedicato was expressed in a paper delivered to the 2005 Atlantis Conference [629.411], in which he claimed that what he called ‘the ancestors of the Greeks’ had visited Canada. Based on his interpretation of excerpts from the writings of Plutarch, he specifies a region at the mouth of the St. Lawrence River as the point of contact. Manolis Koutlis goes further, suggesting that the Greeks had colonies there from 1500 BC until 1500 AD. Then in his book In the Shadow [1617] he adds the even more extraordinary claim that Atlantis had been situated on an island at the entrance to the St. Lawrence!*

In 2010, Spedicato published Atlantide e L’Esodo (Atlantis and Exodus) which is currently being translated into English.

In February 2015 Spedicato published another paper(j) with the radical proposal that the alignment of the three main Giza pyramids was not intended to be a reflection of the three stars in Orion’s belt, as proposed by Gilbert & Bauval[326], but instead were more closely matched to the arrangement of three volcanoes on Mars! He claims that these volcanoes were visible from Earth during Mars periodic close encounters with our planet between 7000 BC and 700 BC, during a 54-year cycle.

Later in 2015 the prolific Spedicato published another paper(k) in which he linked Mayan catastrophes with those of Hesiod, Plato and the Bible.