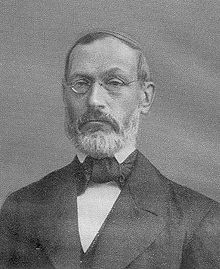 Franz Susemihl (1826-1901) was a professor of classical philology at Greifswald University and later became rector there. He was renowned in academic circles for his translations of the works of Plato and Aristotle. His remarks on the Atlantis commentators of his day are as relevant today as over a century ago when he said “The catalogue of statements about Atlantis is a fairly good aid for the study of human madness.”  The accuracy of his statement is borne out by the swollen ranks of today’s ‘lunatic fringe’ who claim inspiration from psychics, extraterrestrials or who insist that Atlantis was powered by crystals and possessed flying machines. The publication of such nonsense has continually undermined the credibility of serious Atlantology.

*Susemihl’s German translation of Plato’s Timaeus and Critias is available online.(a)(b). Thorwald C. Franke has also included Susemihl’s translation along with that of Müller, Bury and Jowett and the Greek text of John Burnet[1492], all in a parallel format(c).*

It should be noted that Susemihl was an Atlantis sceptic.