Myths along with legends and nursery thymes are part of a culture’s folklore. The word is given a primary meaning in dictionaries of  “a traditional story of unknown authorship, serving usually to explain some phenomenon of nature, the origin of man, or the customs, religious rites etc. of a people. Mythological ‘gods’ were frequently personifications of those natural phenomena.  A secondary meaning is ‘fictitious story’ which is the usual dismissive and derogatory application of the term to the Atlantis story. Time and time again, various ‘myths’ across a wide range of cultures have been shown to have a factual basis. These myths were generated to explain something that is important but incomprehensible. Sometimes myths are imported from other cultures and languages, leading to possible distortion of the original tale.

J. V. Luce, the Irish classics scholar, has highlighted[0120.14] how various Greek myths and legends have been proven to contain historical elements and that Plato’s Atlantis story should be studied with this in mind.

Alexander Braghine quotes the French historian, Gustave Glotz (1862-1935), who wrote in his History of Greece, that “it is a well-known fact that legend comes before history, but an attentive and rigorous analysis of any myth gives us the opportunity to detect historical data even in a myth. The comparative method is very useful in these cases.”

Luce has also pointed out that Plato also uses ‘logos’ or truth rather than ‘muthos’ or legend when referring to the Atlantis story.

Euhemerus (circa 300 BC) was one of the first to propose that the ‘gods’ of Greek myth were in fact ancient heroes that were, by convention, posthumously ‘deified’ by their bardic biographers.

It is perfectly reasonable to assume that the older a myth is the less specific detail it may retain regarding any underlying truth. I would suggest that Plato’s story has at least two elements; (i) an ancient and powerful civilisation was destroyed through inundation hundreds if not thousands of years earlier and (ii) the detailed description of an expansionist Bronze Age alliance that was also destroyed. The first, because of its antiquity, is of necessity vague; the second is incredibly detailed in the manner of an eyewitness account.

The ancient Greeks were apparently not conscious of the last Ice Age and the consequent effects of the melting of the retreating glaciers. Today we are aware of these events and find it interesting that Plato’s description of the flooding of Atlantis and its date appears compatible with real prehistoric facts, although the melting of the glaciers was a relatively slow process and is highly unlikely to have submerged Atlantis in ‘a day and a night’. The second element in Plato’s story is too detailed to be considered as fact but could be accepted as a reasonable embellishment by Plato who in order to emphasise the might of the earlier civilisation, ascribed to it all the trappings of contemporary imperial nations such as the Persians.

Robert Bowie Johnson, Jnr has promoted(c) the idea that the Adam and Eve in Genesis are the counterparts of Zeus and Hera in Greek mythology.

Before writing was developed our ancestors artfully used the rhyme and rhythm (meter) of poetry as a vehicle to ensure the faithful conveyance of their legends and traditions over countless generations. However, the details are often misunderstood or corrupted when such traditions are translated into different languages and the aide memoire value of the original poetry is lost. Even when writing was available but known only to an elite few, the value of verse as a transmission vehicle continued for thousands of years.

The value of traditional stories was highlighted by a recent paper presented at a conference in Japan which resulted from a study of Aboriginal stories from around the Australian coast(d). The details in those stories, relating to the rising sea levels at the end of the last Ice Age, coincide with remarkable accuracy to what has already been demonstrated scientifically. The conclusion is that these oral traditions can reliably span at least ten millennia and raise questions regarding the value  traditional tales in other parts of the globe.

The Internet provides useful access to various mythological resources. One of those is Mythopedia(a) which has a valuable collection of articles and images dealing with mythologies and religions and the possible influence of ancient celestial sights on some aspects of them.

A paper(b) available on the internet by R. Cedric Leonard discusses with his usual thoroughness, various traditions and mythologies that may have contained details of the Atlantis story before Plato wrote his Timaeus and Critias dialogues.

In 2009, a paper(e) on the reliability of orally transmitted myths by Rens Van der Sluijs was published on the thunderbolts website. The same is said of the accuracy of nursery rhymes and other folk tales(f) some of which were of a more secular and sometimes subversive nature(g).

A groundbreaking overview of mythology is on offer[1431] from E. J. Michael Witzel (1943- ) who has traced the origins of many our myths to origins in Africa 100.000 years ago with the understandable revisions and accretions as humans spread throughout our planet, producing both new and local variations of the same themes. His influence today is seen by some, but not all, as comparable to that of James Frazer (1854-1941) and Eliade Mircea (1907-1986). 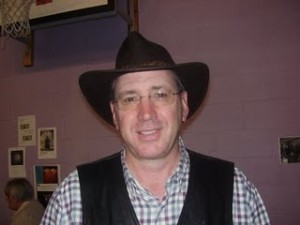