Isaac La Peyrère (1596-1676) was a French philosopher, lawyer and diplomat. Although brought up a Calvinist, he was later forced to convert to Catholicism. His theological views created quite a stir when he put forward the theory of humans existing before Adam & Eve in an attempt to explain where Cain’s wife came from. He argued that there must have been two creations; first the creation of the gentiles and later that of Adam, as father of the Hebrews.

He published his claims in 1655 in Praeadamitae[1300], upsetting Catholics, Protestants and Jews. Stephen P. Kershaw relates[1410] how Peyrère added the testimony of Solon and Plato to bolster his claim, arguing that if Atlantis in 9600 BC, then humans existed earlier than Genesis suggests.

Some of his ideas are widely accepted today(a).

John R. Salverda is an apologist for many aspects of the Brit-Am movement(a), which endeavours to link the British and American people with the Lost Ten Tribes of Israel. He also claims that Greek legends have a Hebrew origin(c).

In a March 2014 blog(b), part of his Biblical Roots of Classical Philosophy series, Salverda claims that Atlas can be equated with Adam and that Plato’s Atlantis is a retelling of the antediluvian world of the Bible. 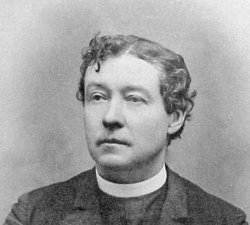 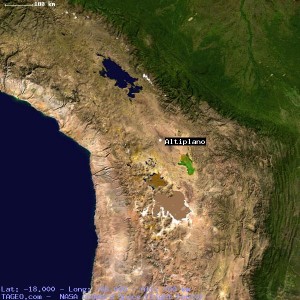 Atlas was the first king of Atlantis and was the son of Poseidon according to the story of Atlantis from Plato. However, in traditional

, Atlas was the son of the Titan, Iapetus, often identified with the biblical Japheth, and the nymph Clymene. This apparent contradiction can be explained by the fact that the name Atlas is applied to more than one figure in Greek legends.

Atlas is usually portrayed kneeling with the world on his shoulders. However, the earliest known statue of Atlas, the 2nd century Farnese Atlas(c), which is a Roman copy of an older Greek statue, has the sky is represented as a sphere with a map of the stars and constellations known to the Ancient Greeks, which they represented as objects, animals and mythological creatures and characters. 16th century cartographers assumed that the globe represented the Earth, not the sky and since then it has been depicted accordingly.

Edwin Björkman noted the opinion that the name Atlas does not have a Greek root but is generally thought to have a Semitic origin. He also suggested the possibility that the name may have been derived from one of the Greek words for sea, thalassa.

However, Peter James points out[047.190] the name has a clear etymology in the Greek root ‘tlaô’ which can mean ‘to bear’, ‘to endure’ or ‘to dare’.  Atlas has also been identified with both the Egyptian god Shuand the biblical Enoch, the latter being a more controversial concept. Lewis Spence went further and identified the meso-American deity, Quetzalcoatl, with Atlas!

A somewhat more conventional view was offered by Thorwald Franke who has written a convincing paper(a) identifying Atlas with king Italos of the Sicels, who gave their name to Sicily and were one of the earliest groups to inhabit the island.

A more radical view has been put forward by Brit-Am writer John R.Salverda, who claims that the biblical Adam is the Atlas of Plato’s Atlantis narrative. A similar theory was proposed by Roger M. Pearlman in a 2018 booklet [1596]. In this small, difficult to read, book the author suggests, a linkage between the destruction of Sodom & Gomorrah and Atlantis, places Atlantis in the Jordan Valley and equates Abraham with Atlas – “ If Atlas as described in Plato’s work was based on a historic figure, Abraham alone meets key criteria.”*In a more recent paper(d), Pearlman suggests that Göbekli Tepe was founded by Noah (Noach) and his sons!*

Moving further east, the Hittites had an equivalent if not original version of Atlas in the form of Tantalus. The Hittites in turn may have developed the identity from the Hurrian god Ubelleris. It was this Anatolian figure that led Peter James to his conclusion that Atlantis had been located in Turkey. Tantalus had a son Pelops, whom some consider Phrygian and according to Herodotus the Phrygians were the oldest race on earth.

An even more extreme idea has been proposed by Sean Griffin that the yogic concept of Kundalini is contained within part of Plato’s Atlantis story(b). Griffin begins his explanation by pointing out that Atlas is the medical term for the 33rd vertebra of the human spine!