Ferdinand Columbus (1488-1539) was the second son of Columbus and toiled as bibliographer and cosmographer. Both Bartolomé de las Casas and Ferdinand Columbus are reported by Beatriz Pastor Bodmer “to refer at length to Plato and Aristotle’s description of Atlantis, the island presumed to lie somewhere in the Atlantic Ocean.”[1251]

Girolamo Benzoni (c.1519-1570) was an Italian historian who is best known for his 1565 book, La Storia del mondo nuova[1116] (The History of the New World). The Catholic Encyclopedia 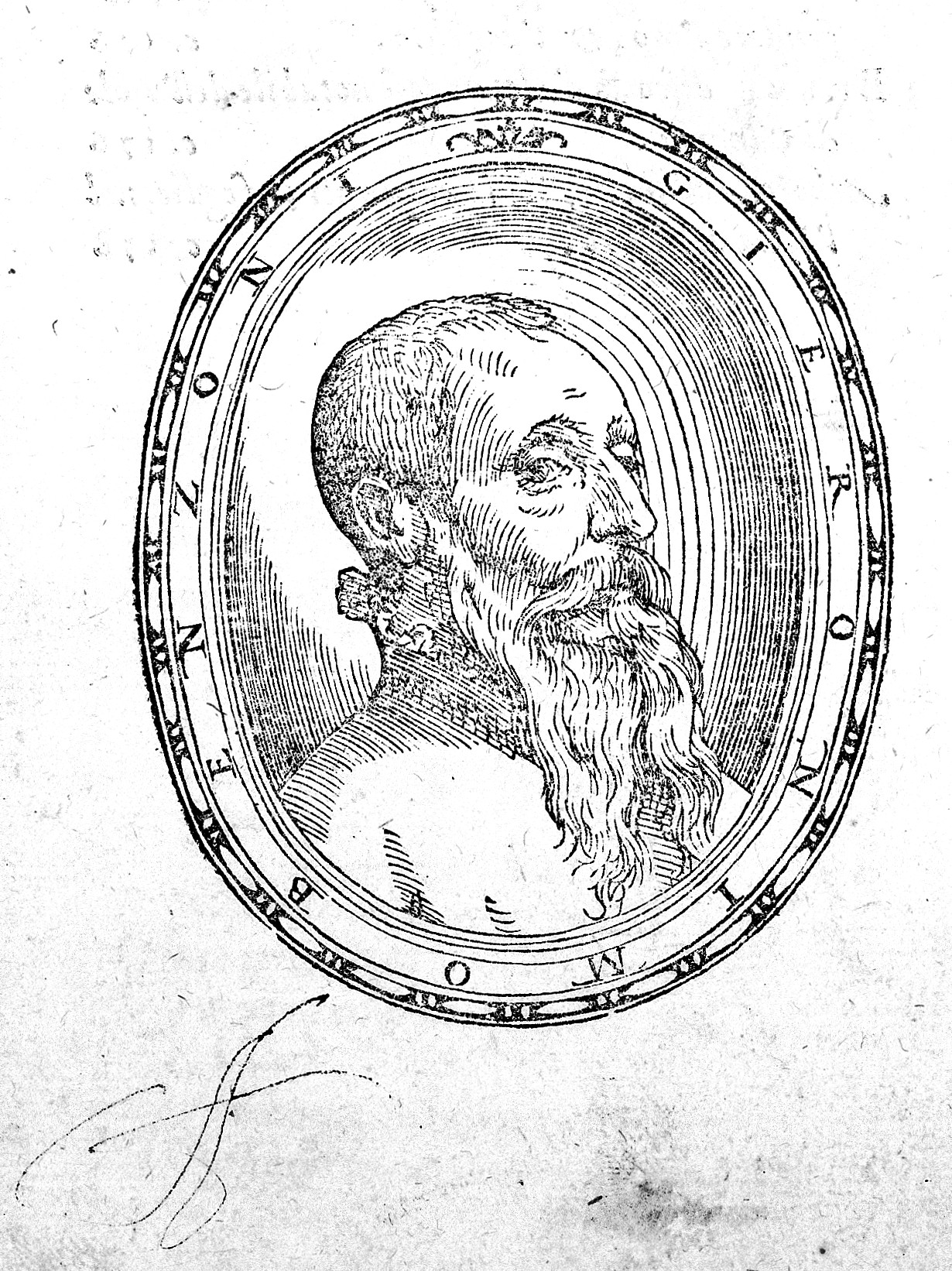 comments that “It contains interesting details about the countries he visited, but abounds in errors and often in intentional misstatements. What Benzoni states about the Antilles is a clumsy rehash of Las Casas. His reports on the conquests of Mexico, and Peru bristle with errors.” In it he also supported the then prevailing view that linked Atlantis with America.

In 1857 the Hakluyt Society(b) published a well regarded English translation of Benzoni’s book, which is available online(a). 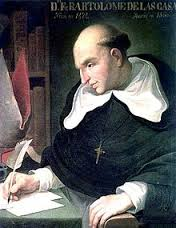 Bartolomé de las Casas (1484-1566) was a Dominican friar who chronicled the excesses of the Spanish invaders of America. He renounced his earlier views about slavery and spent decades fighting it.

Casas was convinced of the reality of Atlantis, having being strongly influenced by Marsilio Ficino‘s commentary on Plato’s Atlantis narrative.

He also claimed that Columbus had been inspired by Plato’s story of Atlantis. However, S. P. Kershaw[1410.163] quoting from B. Keen[1500] notes that Columbus’ son, Ferdinand ”explicity stated that his father never showed any interest in Plato’s tale.”

Bartolomé himself saw America as Atlantis and in his History of the Indies (Historia de Las Indias)[1521] begun in 1527, he drew up a list of parallels to support his contention.

Emilio Spedicato, who supports Hispaniola as the location of Atlantis was struck by the fact that de la Casas’ description of island matched so many details in Plato’s depiction of Atlantis. 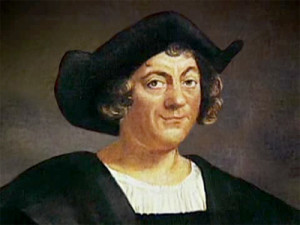 Christopher Columbus (1451-1506) is not known to have made any specific statements regarding Atlantis, but a number of commentators have suggested that he was not only aware of Plato’s story but had consulted charts, such as Toscanelli’s(a), that depicted a mid-Atlantic island. De Gomara was insistent that Columbus had read Plato’s Timaeus and Critias, while the historian, Bartolomé de las Casas (1484-1566), claimed that Plato’s story inspired Columbus to embark on his voyages of discovery!

>It is claimed that two of Columbus’ ships were built by Basques and that a quarter of their crews were Basque(b).<

The Flem-Aths in their Atlantis Beneath the Ice, which is a 2012 revised version of When the Sky Fell, begin the book with a reference to a memorandum sent by Charles Hapgood to President Eisenhower. In it Hapgood sought the president’s assistance in locating a map used by Columbus, which he believed to still exist in Spanish archives.>This map(c) was apparently one of a number used by Piri<to produce his famed Piri Reis Map, which allegedly depicts an ice-free Antarctica. The Columbus map was not found.