Patrick Nunn, an Australian geologist, who although an Atlantis sceptic has begun to reconsider the possibility of ancient myths containing important geological information(c).

Cindy Clendenon, presumably inspired by Vitaliano, has launched a related new specialised field of study, which she has named ‘hydromythology’ in her 2009 book, Hydromythology and the Ancient Greek World[0801], a review of which is available online(d). 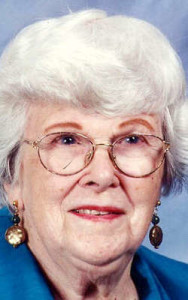 There are two of Vitaliano’s papers that are available online(a)(b).

Lake Tritonis is frequently referred to by the classical writers.* Ian Wilson refers to  Scylax of Caryanda as having “specifically described Lake Tritonis extending in his time over an area of 2,300 km2.“ He also cites Herodotus as confirming it as still partly extant in his time, a century later, describing it as a ‘great lagoon’, with a ‘large river’ (the Triton) flowing into it.[185.185]*

Lake Tritonis was considered the birthplace of Athene, the Greek Goddess of Wisdom, after whom Athens is named. The exact location of the lake is disputed but there is some consensus that the salty marshes or chotts of central Tunisia and North-East Algeria are the most likely candidates. It appears that these marshes were originally formed a large inland sea connected to the Mediterranean but due to seismic activity in the area were cut off from the sea. Diodorus Siculus records this event in his third book.

*I should also mention that Lake Tritonis along with the Greek island of Lemnos and the river Thermodon in northern Turkey, now known as Terme Çay, have all been associated with the Amazons(d).*

Edward Herbert Bunbury, a former British MP, included a chapter(a) on Lake Tritonis in his 1879 book on the history of ancient

In 1883, Edward Dumergue, published[659] a brief study of the Tunisian chotts, which he concluded were the remnants of an ancient inland sea that had been connected to the Mediterranean Sea at the Gulf of Gabes.

Lucile Taylor Hansen in The Ancient Atlantic[572], has included a speculative map taken from the Reader’s Digest showing Lake Tritonis, around 11.000 BC, as a megalake covering much of today’s Sahara, with the Ahaggar Mountains turned into an island. Atlantis is shown to the west in the Atlantic.

In modern times, Alberto Arecchi has taken the idea further[079] and suggested that the inland sea, where the chotts are now, was the original ‘Atlantic Sea’ and that the city of Atlantis was situated on an extended landmass to the east of Tunisia and connected to Sicily due to a lower sea level. Arecchi’s identification of the chotts with Lake Tritonis has now been adopted by Lu Paradise in a May 2015 blog(c). The Qattara Depression of Northern Egypt also contains a series of salt lakes and marshes and is believed by others to have been Lake Tritonis.

Cindy Clendenon is the author of a book[801] on hydromythology in which she concludes that “the now-extinct Lake Tritonis once was a Cyrenaican lagoon-sabkha complex near today’s Sabkha Ghuzayyil and Marsa Brega, Libya.”(b).