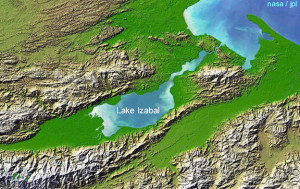 Joachim Rittstieg (1937- ) was born in Berlin and is now a retired schoolmaster, although that bastion of truth and accuracy, Fox News Latino, describe him as a professor emeritus at Dresden University.

all the Mayan calendars and published the results in 1999 in ABC der Maya[717].Rittstieg has combined information he has gleaned from The Icelandic Eddas, Plato, Mayan calendars as well as oral sources and concluded that the capital of Atlan, which he equates with Atlantis, can be found submerged in Lake Izabal in Guatemala. He also reveals that the sinking of the city took place on 30th October 666 BC. But there is more(a) the sunken city also has a cache of over 2,000 gold tablets on which the ‘Laws of Atlan’ are inscribed. Rittstieg wants someone to invest €3,000,000 in the recovery of this booty!  I would expect the Guatemalan government would have something to say about such an operation.

On March 1st 2011 it was reported(b) that an expedition, sponsored by the German tabloid newspaper Bild, led by Rittstieg had headed for Guatemala in search of the gold. Unfortunately all they found was a pot, following which Rittstieg managed to  declare the expedition a ‘success’(c)! 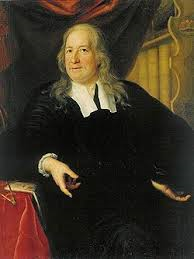 >A modern review(c) of Rudbeck’s work by Magnus Alkarp, another Swede, has offered a more generous assessment of his methods, finishing with the following comment – “But leaving aside these dreams of Atlantis, we can simply state that Rudbeck’s hypotheses were rarely aimless fragmentary ideas, thrown out at random. On the contrary, when he combines antiquarian observations with topography, local folklore and written sources Rudbeck becomes a figure of genius – even when he is completely wrong.”<