The Pleiades in Greek mythology is the collective name for the seven daughters of Atlas and Pleione, while in astronomy, it is one of the nearest star clusters to Earth and the most obvious to the naked eye in the Taurus constellation. They were identified among the famous prehistoric paintings on the walls of the Lascaux Cave (16,500 BC).

The Danish independent researcher, Ove Von Spaeth, has a wide-ranging article on cultural references to the Pleiades including the Nebra Sky Disc(a). He also touches on the subject of Atlantis.

David Zink in his search for Atlantis in the Bahamas*recounts in The Stones of Alantis [0178,130] that he* used the services of psychic, Carol Huffstickler, who was happy to inform him that around 28,000 BC, the Gods came to Earth from the Pleiades(d)!

However, Jack Countryman has devoted his book, Atlantis and the Seven Stars[1312], to the idea that extraterrestrials from the Pleiades “had initiated human civilisation through Atlantis and the Mediterranean.” A comparable idea has been proposed by Semir Osmanagic, promoter of the Bosnian pyramids, who has suggested[0519] that the Maya were descendents of the Atlanteans who in turn arrived on Earth from the Pleiades(b)!

Frank Joseph claims that the Pleiades, ”like the kings (of Atlantis) listed by Plato, they correspond, through their individual myths, to actual places within the Atlantean sphere of influence, and thereby help to illustrate the story of that vanished empire.” Joseph, concludes by associating each with particular realms within that empire, including the Azores, Morocco. Troy, Yucatan, Italy and the Canaries.[104.227]

The Cherokee Indians also have have an oral tradition which tells of ‘star people’ coming to Earth from the Pleiades and settling on five islands in the Atlantic known as Elohi Mona. Following the destruction of these islands the survivors migrated to the Americas. A Cherokee contributor to a, now offline, forum related how he always understood Elohi Mona to be a reference to Atlantis. Another site offering further ‘insights’ into the Atlantean and Cherokee linkage to the Pleiades is available(c).

Edward Alexander, in a slight twist to the tale, also claims to have been reincarnated many times on Earth, over the past 9,000 years since his arrival from his distant origins in the Pleiades.

In 2018, Frederick Dodson revealed that he had encountered blue-skinned beings from the Pleiades in his book, The Pleiades and our Secret Destiny [1658] ! It would be interesting to hear Dodson and Alexander exchange notes.

The incredible amount of utter b******t that people continue(e) to generate, osensibly linking the Atlantis is, for me, quite remarkable.

The Pleiades are known as Subaru in Japanese, giving its name to the car brand and inspiring their logo design. 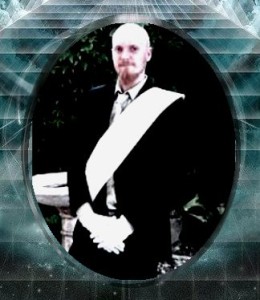