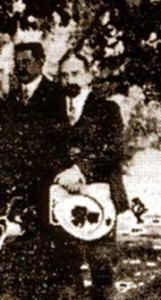 (a) http://obrasrafaelvidelaeissmann.blogspot.com/ (Spanish) [use search facility]