The Holy Land is a term used to refer to that part of the eastern Mediterranean which the Old Testament records as having been given to the Israelites by God. It is now comprised of Israel, Palestinian territory, along with parts of Jordan and Lebanon.

The Holy Land was suggested by Serranus (Jean de Serres) in 1570 as the location of Atlantis. This idea was later echoed by  Gerardus Johannis Vossius and Carl Fredrich Baër who was Swedish, but lived in France during the 18th century. Another Swede, Johannes Eurenius also placed Atlantis in Holy Land in his 1751 book. Another 18th century scholar, Jacques Julien Bonnaud  was of the opinion[0967] that when Plato wrote about Atlantis, he was imperfectly describing the Holy Land! His book, Hérodote historien du peuple hébreu sans le savoir  is available as a free ebook(a).

In recent times a more radical view has been proposed by Professor Jaime Manuschevich who has identified modern Israel together the Sinai Peninsula as the true site of Atlantis. 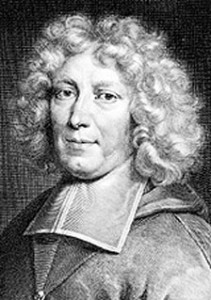 who in time became his friend. However, Huet was eventually appointed the Catholic bishop of Soissons in 1685, but was not confirmed in the post by Pope Innocent XI because of his homosexuality. Subsequently, the succeeding Pope, Alexander VIII, appointed Huet bishop of Avranches.

Huet expressed similar views to Borchart, linking the biblical patriarchs and the story of Atlantis in his Demonstratio Evangelica[1007].   Lewis Spence accused[259.33] Huet along with Borchart and Vossius of ‘ingeniously misreading’ the Pentateuch in order to add credibility to this opinion.

*Stephen P. Kershaw notes[1585.197] that Huet, citing de Gomara, also concluded that the Mexicans were descended from the Atlanteans.*

The Bible offers no direct reference to Atlantis, but this is not to be seen as proof of its non-existence, when you consider that in spite of the fact that the Hebrews were in Egypt for hundreds of years, the Bible does not mention the pyramids either and they most certainly did then and still do, exist.

The Bible has been invoked as justification for everything from war to slavery. It has been one of the most divisive books ever, having been instrumental in the creation of hundreds, if not thousands, of competing Christian sects over the last two millennia. It is assumed that any theory, religious or secular that can be shown to have a biblical foundation will automatically have enhanced credibility.

Jean De Serres, the 16th century historian, was probably the first to link Atlantis with the Bible when he wrote that Atlantis had been located in the Holy Land. Lewis Spence[259.33] accused Huet, Borchart and Vossius, in the 16th and 17th centuries of using ‘ingenious misreading of the Pentateuch’ to claim that the Platonic story of Atlantis was in reality a version of patriarchal history. In a similar vein, in 1726 a French lawyer, Claude Olivier, wrote of his conviction that the ten tribes of Israel were to be equated with the ten kingdoms of Atlantis.

The Book of Genesis in particular has inspired speculation regarding a possible link between the Bible and the Atlantis narrative.

Therefore, I advise that any new scriptural interpretation must be treated with extreme caution. With that in mind, I mention that an American researcher, J. D. Brady, who claims to be a scriptural scholar and as such has identified Atlantis, drawing on chapters 26-28 of Ezekiel. He refers to the Atlanteans as Tyrrhenians and names their leader as Satan! He claims that the Tyre referred to in these chapters was in fact an island named Tyrus that Plato knew as Atlantis. He offers a range of data to suggest that this Tyrus was not the Tyre we know today located in Lebanon. Brady claims with great certainty that the remains of Atlantis are to be found in the Bay of Troy! A 2014 book[1016] by David Hershiser, Beyond the Pillars of Hercules, has taken up this idea that the reference in Ezekiel was concerned with Atlantis.

Not content with identifying Atlantis, Brady also claims to know the location of the Ark of the Covenant, saying that “It is currently secreted in an underground treasure crypt on Lemnos Island.”(b)

H.S. Bellamy, the Austrian researcher, also produced a volume[097], The Book of Revelation is History, devoted to demonstrating that the last book of the New Testament is in fact a coded description of the catastrophes that accompanied the capture of our Moon. He claimed that the reference to the ten horns is an allusion to the ten Atlantean kings. He also interpreted the Book of Jeremiah I & II as well as Ezekiel as containing references to aspects of the Atlantis story.

However, R Cedric Leonard does offer(a) an interesting comparison of a passage in the Old Testament with the classical writers:

“And it came to pass, when men began to multiply on the face of the earth, and daughters were born unto them, that the sons of God saw the daughters of men that they were fair; and they took them wives of all which they chose…

There were giants in the earth in those days; and also after, when the sons of God came in unto the daughters of men, and they bare children to them, the same mighty men (heroes) which were of old, men of renown.” (Genesis 6:1-2,4)

Leonard points out that this coincides with Plato’s history of the Atlanteans and highlights that Hesiod referred to the Titans, of which Atlas was one, as the ‘sons of heaven’.

Leonard also offers a more rational translation of Job 26:5-6 that strengthens this view that the Atlanteans and Titans are identical:

“The Titans tremble beneath the waters and the inhabitants thereof. Hell is naked before him, and destruction hath no covering”.

2011 saw the publication of Atlantis: The Eyewitnesses[749]by Walter Parks in which he also quoted extensively from the Book of Job, having claimed that it was written in 9619 BC and contained an eyewitness account of the catastrophe that destroyed Atlantis!

Thorwald C. Franke has reviewed a range of theories that have sought to associated various aspects of Bible history with elements of the Atlantis story. Most are rather speculative, but Franke concludes(d) that “the Bible should not be underestimated: There could indeed be indirect hints to Plato’s Atlantis in the Bible!”

The biblical references to Tarshish is also used by those who equate it with Tartessos and in turn identify it as Atlantis. The location of Tarshish is a highly contentious issue with scholars unable to arrive at any clear consensus. However, there is some agreement that Tartessos had been located in Southern Spain. Some proponents of that idea not only consider Tarshish identical with Tartessos, but with Atlantis as well. Richard Freund is a proponent of a Spanish Tartessos, which he also identifies with Atlantis and of course with the biblical Tarshish. This Bible connection was taken further in the 2017 James Cameron’s 2017 (a documentary, Atlantis Rising, shows Simcha Jacobovici also linking Tarshish with Atlantis(h) and offering as ‘evidence’ for a linkage between Atlantis and the Jewish Temple, the design of the Hebrew menorah(g), which he claims is a representation of one half the concentric rings of Plato’s city of Atlantis. This foolish idea is not new, as it has already been suggested by Prof. Yahya Ababni(f).

Turning the tables on the idea of the Bible supporting the story of Atlantis, Marjorie Braymer[198.30]wrote that Cosmas Indicopleustes (6th cent. AD) was the first to use Plato’s Atlantis to support the veracity of the Bible.

Another line of investigation might be the suggested parallels between Greek mythology and Genesis(c).

A paper on the Academia.edu website(e) by M. De Rosa argues that Atlantis was the ‘Beast’ in the Book Of Revelations!

More recently, a Dutch commentator, Leon Elshout, has also written extensively, in Dutch and English, linking Atlantis and Babylon(i) with details in the Book of Revelation. Among a number of odd ideas expressed by him is the suggestion that Tarshish was Britain(j).