Atlantis and 2012. Some years ago there was a widespread rumour that an impending global disaster that was about to befall us in December, 2012, supposedly based on a particular reading of Mayan inscriptions. However, this interpretation was hotly disputed and of course, nothing happened, apart from the usual assortment of disasters which is the lot of the inhabitants of this cosmic speck that we live on. 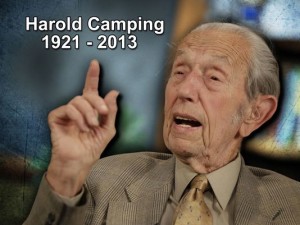 We were then told to forget 2012, in fact, we had only days left. Harold Camping a then ninety year old American fundamentalist Christian  decreed that May 21st 2011 was the date of the ‘Rapture’ and the end of the world as we know it and when that passed uneventfully, he then declared October 21st as the date.  He had previously suggested May 21st 1988, then Sept. 6th 1994 as the date of the Second Coming of Christ. Understandably, Camping’s biblical interpretation has been heavily criticised by scriptural authorities and lay people alike(a). Camping died December 2013.

Camping had spending large amounts of money publicising his daft ideas. As usual there were fools prepared to believe all this 2011 or 2012 nonsense. For my part I planned a special holiday in 2013 to celebrate my 70th birthday. Which did occur. 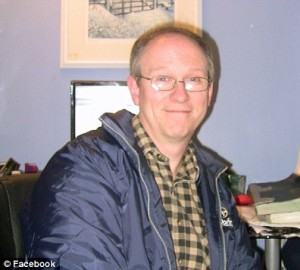 Nevertheless the spirit of Camping lived on in the person of Chris McCann (left) who announced that October 7th 2015 would be the Earth’s last day. It seems that this silliness is unending(h).

A recent discovery in Guatemala, reported in June 2012(f), has provided further evidence that the 2012 alarmist claims are unfounded and no more credible than the prognostications of Harold Camping. Let me spell it out, the latest find simply records that December 2012 will bring a Mayan time cycle (a baktun) to an end while another one will begin, in the same way that we make a fuss at the end of a year, century or millennium.

However, for those that might be disappointed when 2013 arrives uneventfully, I can now reveal that in 2016 we shall at last have our catastrophe or so says Sylwester Kornowski(g). In a 94-page stew of religion and ‘science’, we are assured that April 2nd 2016 will bring on the cataclysm!