The Hyperboreans in Greek mythology lived to the far north of Greece in a land called Hyperborea, which means beyond the North Wind or Boreas, have been linked by a number of writers with the Atlanteans.

Researchers have variously identified this land of Hyperborea with Iceland, the British Isles and the North Sea. Like many classical references and later commentators there is no clear consensus on a precise location.*Hecataeus of Abdera, a 4th century BC Greek historian, noted that the Hyperboreans were located “in the lands of the Celts, in the ocean, (where) there is an island not smaller than Sicily.”* 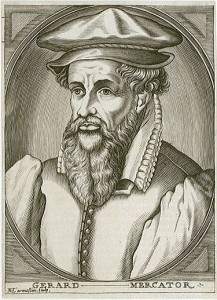 Based on ancient maps and the work of other researchers such as Emilio Spedicato, Stuart L. Harris has proposed(e) that Hyperborea was also known as Atland to the Frisians. He further suggests that this land disappeared in 2194 BC as noted in the controversial Oera Linda Book, and that today’s Faroe Islands are its remnants.

J.G. Bennett has opted for a Hyperborean origin for the Indo-European culture, a claim that has resonances with the Nazi claim that Hyperborea has been the ancestral home of the ‘master race’.

An extensive internet article outlines the mythology associated with Hyperborea and recent efforts to determine its location(d).