Spain has been a favoured as a probable location of Atlantis by a sizeable number of investigators, principally Spanish and other Europeans. For about a century attention has been focused on the region of Andalusia although one writer, Jorge María Ribero-Meneses, has opted for Cantabria in Northern Spain. The most vocal proponent today of a Spanish Atlantis is arguably Georgeos Diaz-Montexano who has just begun the publication of a series of books on the subject.

Richard Freund is a latecomer to the question of Atlantis and recently foisted himself on the excavators in the Doñana Marshes, announcing that the site was related to Atlantis/Tarshish and garnering widespread publicity ahead of the publication of his own book on Atlantis!

One commentator has suggested that the origin of the name of Spain itself was derived from the Semitic language of the Phoenicians who arrived in Spain around 1500 BC. Apparently they referred to the region as ‘span’ or ‘spania’ which means hidden! Cadiz, equated with Plato’s Gades, is frequently cited as the oldest colony of the Phoenicians. The date appears to be based on tradition rather than hard evidence. Archaeology puts the date closer to 800 BC.

The oldest Phoenician remains, found in the vicinity of Malaga, were discovered during the recent building of a second runway. Occupation of the site is dated at around 700-600 BC.

In September 2012 a report(a) revealed that at the La Bastida site in Murcia, Spain, fortifications dated to 2,200 BC had been discovered and heralded as “Continental Europe’s First Bronze Age City” and “is comparable only to the Minoan civilisation of Crete”.

Late November 2018 saw Merlin Burrows, a British surveying company, claim to have found Atlantis in Spain close to the Doñana National Park (b). M.B.’s head of research, Tim Akers, claimed that “laboratory analysis of material recovered from Spain showed evidence of a type of cement not seen before.” This and evidence of ancient metallurgy was enough for him to conclude that it has come from Atlantis! So now it seems that if something previously unknown is found, it must come from Atlantis! That something has been found is not doubted, but it is more likely to have been Phoenician who extensively exploited the rich mineral deposits in the region. Another website offers a more extensive report from Merlin Burrows(g) as well as a review of other failed Atlantis claims.

The report contains wild speculation, particularly when claiming that this new discovery dates back to the end of the Last Ice Age, when Athens or Egypt did not have structured societies and so could not refer to Plato’s Atlantis. There is little doubt that a number of interesting sites over the 100-mile stretch have been located, but they do not include Atlantis. Expect a flurry of media responses (c) for a while as they await the next wild claim. Meanwhile Merlin Burrows have had their publicity.

The Doñana National Park was extensively investigated some years ago and was the subject a National Geographic documentary, Finding Atlantis. In fact nothing remotely Atlantean was found. For my part, I prefer to follow Plato and point to the only territory named by him as Atlantean, namely Southern Italy, N.W. Africa and some of the many islands in the region.

The Doñana story took a new turn yesterday (22.11.18) when Georgeos Diaz-Montexano published a paper on the Academia.edu website, in Spanish and English (d)(e), which completely debunks the foundations of the Merlin Burrows claim. It is interesting to read of the arrogance of the video makers when challenged by Diaz-Montexano. The following day Díaz-Montexano re-posted (f) the paper with additional comments by Professor César Guarde-Paz, a distinguished Spanish academic, who also denounced the Merlin Burrows claims.

>Stavros Papamarinopoulos is also a keen supporter of locating Atlantis in Spain outlining his reasons in a series of papers(h)(i) delivered to the 12th International Congress of the Geological Society of Greece, Patras, 2010.< 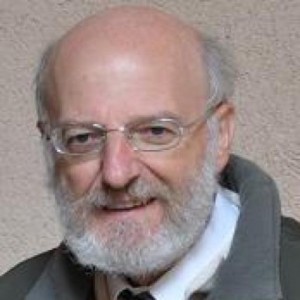