Velikovsky(i) and others have supported the idea that Baakbek was in fact the location of the biblical Dan, recorded as the most northern city of ancient Israel.

One commentator has suggested a link with Indian yogis!(t) 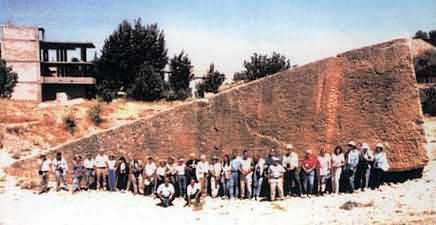 Hugh Newman, a self-described ‘megalithomaniac’(r), has produced a paper(s) on the enormous Baalbek monoliths, in which he cites Graham Hancock speculatively dating the Baalbek megaliths at 12,000 years or more old.

The most persistent question relating to all megalithic structures is “how did they manage to build them using such large heavy rocks and blocks”? Many ingenious solutions are on offer, but perhaps the most remarkable is that proposed by W. T. Wallington who has demonstrated that using basic materials, which were available to the Egyptians, one individual can manipulate a 4500kg stone block. His website includes a remarkable video clip of his method. A review(n) of this video is worth a read. Another or comparable technology may have been used by Edward Leedskainin when he single-handedly built Coral Castle in Florida City(o). What is certain is that Leedskainin had no help from intergalactic visitors.

The late Alan Alford wrote an extensive paper on Baalbek(a). Furthermore, the earlier notes on the subject by Immanuel Velikovsky are also available online(i).

December 2014 found the latest estimate for the weight of the largest  dressed stone found at Baalbek calculated to be 1650 tons(h).It is clear that some explanation is required, hopefully, something better than the implication of extraterrestrial intervention. I would like to think that if we had alien visitors that their technology would be in advance of the ‘stone’ age. Surely they would have something better to produce than enormous foundation stones, which to my puny mind does not smack of the best that a civilisation capable of travelling across the cosmos would have to offer! I find the claims of Graham Hancock or Erich von Dániken equally unconvincing in this instance.

A UNESCO sponsored hitech survey of the Baalbek site as part of a Risk Preparedness Strategy is now proposed so that the most appropriate remedial action can be taken in the event of natural deterioration or even war damage(l).

Tyre was located in what is modern Lebanon and is considered to have been originally a colony of Sidon. According to

Egyptian records they ruled it during the middle of the second millennium BC, but lost control when their influence in the area declined. Independence brought commercial success that saw Tyre surpass Sidon in wealth and influence and eventually establish its own colonies across the Mediterranean. One of these was Carthage in North Africa, which in time became independent and eventually rivalled the Roman Empire in the west. It also had colonies in Greece and frequently fought with Egypt.

The location of Tyre, on an island with a superb natural harbour and which had great wealth and was supported by its many colonies, has been seen as a mirror of Atlantis. The Old Testament prophecies of Ezekiel, writing around 600 BC, described (26:19, 27: 27-28) the destruction of Tyre in terms that have prompted some to link it with Plato’s description of Atlantis’ demise, written two hundred years later.*The earliest claim that Ezekiel’s Tyrus was a reference to Atlantis was made by Madame Blavatsky in The Secret Doctrine [1495]  in 1888.

However, although both J.D. Brady and David Hershiser promote the idea of a linkage between Ezekiel’s Tyrus and Atlantis, they are certain that Tyrus is not the Phoenician city of Tyre. Beyond that, Brady identifies Tyrus/Atlantis with Troy, while Hershiser has placed his Tyrus/Atlantis in the Atlantic just beyond the Strait of Gibraltar(b).

Recently, a sunken city has been discovered between Tyre and Sidon and according to its discoverer, Mohammed Sargi, is the 4,000 year old City of Yarmuta referred to in the Tell al-Amarna letters.

Carl Fredrich Baer, the imaginative 18th century writer, proposed a linkage between Tyre and Tyrrhenia. This idea has been

revived recently by the claims of Jaime Manuschevich[468] that the Tyrrhenians were Phoenicians from Tyre. Other supporters of a Tyrrhenian linkage with Tyre are J.D.Brady, Thérêse Ghembaza and most recently Dhani Irwanto. J.S. Gordon also claims[339.241] that Tyre was so named by the Tyrrhenians.

In Greek mythology it is said that Cadmus, son of the Phoenician king Agenor, brought the alphabet to Greece, suggesting a closer connection than generally thought. 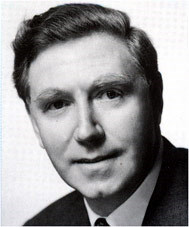 Christian O’Brien, (1915-2001) was a geologist and head of the Iranian oil industry until his retirement in 1970. He was convinced that Atlantis had been located in the Azores  and has suggested a possible outline of Atlantis*based on the bathymetric data available for the region(c).*

The O’Briens supported hyperdiffusion and proposed that ‘the Shining Ones’ better known as the Elohim in the Bible were responsible for the sudden development of agriculture, city states and monumental building some time before 8000 BC. Eventually, they developed colonies, spreading their knowledge which in due course was responsible for the great civilisations of Egypt, Asia and America.

Included in O’Briens contention was the idea that the biblical Garden of Eden, designated by him as ‘Kharsag’, had been located in what is now southern Lebanon. A paper(b) outlining this idea includes a criticism of Zechariah Sitchin’s translation of Sumerian texts. 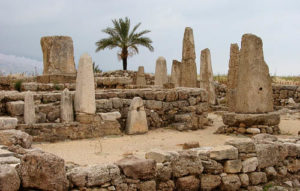