Marduk & Tiamat were two of the leading gods of the Babylonian pantheon (a). The controversial writer Zecharia Sitchin, in The Twelfth Planet [1599],  identifies Marduk and Tiamat as planetary bodies that were involved in a re-ordering of the solar system through catastrophic collisions some millions of years ago (b). However, his proposed Sumerian cosmology includes another planet in our solar system, ‘Nibiru’ with an orbital period of 3,600 years, whose inhabitants visited Earth during their previous close encounters and genetically manipulated the development of humans!

Now, Stuart L. Harris has published a paper(c) naming a body, Marduk/Nibiru, that had a number of close encounters with Earth causing global catastrophes, which included the destruction of Atlantis in 9577 BC, which he believes had been situated in the North Atlantic near Rockall. He proposes that this event generated a tsunami 1,500 metres high that swept across Europe. Harris also credits Marduk with the destruction of the planet Tiamat, which led to the creation of the asteroid belt.

The Babylonian Marduk is frequently associated with the Greek Phaëton. 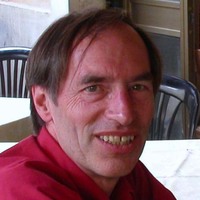 The Destruction of the Athenian Army, together with that of Atlantis, as related by Plato, (Timaeus 25d) makes no sense if the whole story is allegedly offered as a morality tale, where the wicked and corrupt Atlanteans are destroyed because of their evil ways. Normally, such a story would show the allegedly morally superior Athenians prospering and triumphant over their opponents. The very fact that both military protagonists were destroyed, though not necessarily at the same time, would seem to be at odds with the idea of it being a morality tale and instead adds to the credibility of Plato’s narrative as containing some historical truth. Bernard Suzanne offers a totally different interpretation based on the background and motives of Critias(a). Serbian Atlantis sceptic[1511], Slobodan Dušanic (1939-2012), has noted(b) that “while the Atlantis myth has been recognised, with good reason, by the majority of modern Platonists as a parable, no consensus has been reached on the parable’s character or precise purpose.” I’m not sure if this is a criticism of Plato or of modern scholarship!

Plato’s description of the demise of Atlantis and the obliteration of Athens has prompted many writers to link these occurrences with more global events. The association of Atlantis with catastrophism has persisted for over a century, ever since Ignatius Donnelly published his landmark book Atlantis and his contribution to catastrophist literature Raganorak. However, the idea of Atlantis as a victim of a global or at least a very widespread catastrophe was articulated as early as 1788 by Giovanni Rinaldo Carli who claimed[087] that a close encounter with a comet caused worldwide devastation that included the permanent inundation of Atlantis.

In more recent times, commentators such as Stuart L. Harris have specified the cause of Atlantis’ destruction as an encounter with Nibiru (Marduk) in 9577 BC, in a number of papers (c)(d)(e) on the Academia.edu website. If the demise of the Athenian army was concurrent with that of the Atlanteans, 9577 BC is far too early, as Athens does not emerge as a structured society many thousands of years later. However, Harris’ early date is close to the that of the Younger Dryas and the extraterrestrial encounter that bombarded North America, which has been highlighted by Richard Firestone and others.

Atlantis is recorded by Plato as being destroyed in ‘a day and a night’, which led George H. Cooper to made the point that the knowledge of the speed of its demise could only have come from ‘survivors or passing mariners’ and should have been incorporated into the traditions of many nations[236.283].

*What is clear, is that Plato identifies an earthquake as the primary cause of Atlantis’ destruction. If that earthquake was triggered by a very close encounter with the likes of Carli’s comet, it would needed to have come near enough to the Earth and been so highly visible as to demand its inclusion in the destruction narrative!*

The bottom line is that the date of the destruction of Atlantis and its army is not known, although it has been assumed by commentators to have occurred shortly after the war with Atlantis. All that Plato says is that it happened “at a later time’ Similarly, However, Plato records the destruction of the two armies in the same passage (Tim.25d-e) in a manner that might suggest a common cause, a view that I’m inclined to accept.

Cataclysm: Compelling Evidence of a Cosmic Catastrophe in 9,500 BC.

Cataclysm: Compelling Evidence of a Cosmic Catastrophe in 9,500 BC.[014] by D.S. Allan and J.B. Delair was originally published as When the Earth Nearly Died (Gateway Books,1995). This book discusses in detail the nature of the catastrophe that engulfed our planet 11,500 years ago. This controversial book challenges many of the accepted ideas regarding the last Ice Age. The authors attribute the extinction of many species such as the mastodons and mammoths to this prehistoric catastrophe. Ancient traditions and mythologies are offered as evidence of this global cataclysm that included enormous floods, conflagrations and massive geological upheavals. Allan and Delair are convinced that these worldwide convulsions were caused by the intrusion into our solar system by a comet known to the Babylonians as Marduk and to the Greeks as Phaëton. They further contend that this comet had a dramatic effect on both our moon and Mars. However contentious this book may be it is certainly a worthwhile read. For students of the Atlantis story the coincidence of Plato’s date for the collapse of Atlantis with the date offered by Allan & Delair for the worldwide disasters is of great interest.

Paul A. LaViolette, who has written extensively on physics and astronomy, is the author of a similar themed book[432]. Dr. LaViolette contends that over 10,000 years ago the Earth was subjected to intense radiation from a nearby nova that led to the extinction of over 90% of animal species.