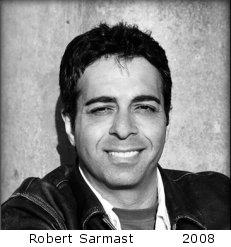 Urantians have not been slow to exploit this coincidence(b). However, the link between Sarmast and the Urantians has not been actively admitted, although Sarmast’s publisher, Byron Belitsos, revealedthat Urantian funding had been used to obtain the 3D computer modelling of the underwater topography of the seafloor off Cyprus where Sarmast claims Atlantis was located. In October and November 2008 a number of blogs appeared under the name of Robert Sarmast(c). The content of these is religious in tone, although they make some references to Atlantis.However, a 2016 sermon by Sarmast on the Urantia religion was published online.

Sarmast organised an expedition in late 2004 that produced ‘evidence’ of manmade structures, including two ‘walls’ over 3 km long. The site is about seventy miles east of Cyprus towards Syria. At a press conference to announce his discoveries Sarmast was challenged by, Michel Morrisseau, a French geologist who lives on Cyprus, to prove that the Mediterranean had been inundated more recently than the conventionally accepted five million years.  Sarmast had no convincing response. However, subsequent to that he attempted to support his views with the unsupported assertion that earliest geographers knew of the breaching of the Gibraltar Dam and that ancient traditions had it that Hercules used his giant mace to smash open the Dam and allow the Atlantic to flood the Mediterranean and so led to the association of Hercules with Gibraltar.

Much more work must be done before Sarmast can rightfully claim that he has discovered Atlantis. In the meanwhile, in an effort to raise funds for the next expedition, his website sought to charge a monthly fee to provide interested ‘members’ with addition information on the preparations for the second expedition. This took place in 2006 with inconclusive results.

Since 2013, almost nothing further has been  heard from Sarmast, his blogspot(c) is empty and there are no updates on the Discovery of Atlantis website(a)! It is informative to contrast today’s silence with the rhetoric of the initial 2003 press release(e).