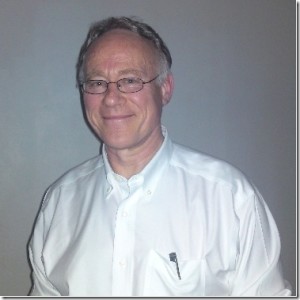 Graham Hancock the well-known investigator of prehistoric mysteries has never discussed the Atlantis enigma in depth. In fact, he once remarked on BBC Television that he avoids using the word ‘Atlantis’ in his books because “because most people when they hear the word Atlantis immediately think that they’re dealing with the lunatic fringe”.

Furthermore, he emphasises the potential value of myths as transmitters of historical facts, albeit distorted.

*In his tome on civilisations submerged at the end of the last Ice Age, Fingerprints of the Gods [275.462] he briefly discusses the subject of Atlantis. He accepted that the Atlantic was not harbouring any lost continent, although he was seeking a continental-sized home for his vanished civilisation. Similarly, in an earlier work, The Sign and the Seal [678.319], he also clearly discounted the Atlantic as the home of Atlantis. At this point, he appeared to be considering the Antarctic location proposed by the Flem-Aths.

His book, Underworld [274] was published in 2002 and was followed by a TV programme, Flooded Kingdoms of the Ice Age, which was based on it. The latter evoked a highly critical review(s) by N.C. Flemming, who has written widely on maritime matters including sea level changes and sunken cities [1682]. Hancock wrote an equally strong response(r) to this.*

Hancock maintains an interesting website(a) that is regularly updated with contributions from a wide range of contributors. His bestselling Fingerprints of the Gods is now available online(b).

The other side of the coin is that Hancock’s evidence supporting his theories has been heavily criticised as flawed(g) and misleadingly presented(h).

Jason Colavito has written(c) a critical review of Hancock’s work and his recent advocacy “for ayahuasca, a South American hallucinogen. Since taking the drug for his 2005 book Supernatural, Hancock has supported the concept that mind-altering substances give their users access to a spirit world where one can commune directly with the ‘gods’.”

In April 2015, Hancock was due to engage in debate Zahi Hawass on the subject of their conflicting views of ancient history. However, when Hawass saw that Hancock included an image of Robert Bauval in his presentation, he refused to continue with the arranged format(d)(t).

In September 2015, Hancock published his latest book, Magicians of the Gods[1119],  which worryingly sounds like a von Däniken book title! Already, he is trailing this publication with teasers, such as a claim that he has finally identified the ‘smoking gun’ that demonstrates that a cometary impact destroyed an advanced civilisation in the Antarctic 12,800 years ago(e) Shortly after the initial report was published, Hancock had to correct errors in it(f), the principal one being that the impact site was the North American ice cap NOT Antarctica. An interview with Hancock shortly before the publication of ‘Magicians’(n) is online as is also a review of the book itself(o).

Hancock also climbed aboard the Gobekli Tepe bandwagon, incorporating it along with Noah’s Ark and Atlantis into one narrative(p).

Hancock’s book also engages in scaremongering, with a sales-boosting prediction that an asteroid impact is possible in 2030, when the Earth once again enters the orbit of the remains of Encke’s Comet!

Jason Colavitos’s critical review of ‘Magicians‘ is now online(j). A more favourable evaluation of his book is now available from Dr. Jon Epstein of Greensboro College, who expresses some interesting views on the closed mindedness of many academics(k). Epstein’s review prompted further comments from Colavito(l). Following correspondence between Epstein and Colavito, additional claims of academic conspiracy to block Hancock have emerged.

Hancock recently received the endorsement of the South African Professor of Philosophy, Bert Olivier, which swiftly produced a response from Colavito(q).

Hancock’s next book, America Before, published in April 2019, proposes that North America was inhabited 130,000 years ago and was home to an advanced civilisation which was destroyed by a cometary impact at the end of the Younger Dryas period, around 10,000 BC.