Atl as a constituent part of the name ‘Atlantis’ is frequently associated with the Mexican Nahuatl word for water. However, Antoine Gigal, the Egyptologist, in a 2011 interview(a), has pointed out that ‘atl’ is also the Egyptian word for canal! Her intention was to get off the subject of Atlantis, but she may have inadvertently given additional ammunition to those that claim some cultural links between ancient Egypt and Mesoamerica.

*In the seventeenth century, Olof Rudbeck proposed that ‘Atle’ the name of an ancient Swedish king was in fact a variant of Atlas.This tenuous link combined with some other coincidences encouraged Rudbeck to claim Sweden as Atlantis.*

All this highlights the need for caution when using single words to bolster any theory; similarity should not be confused with identity. 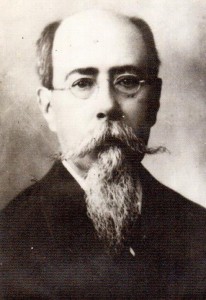 Linguistic Connections have been frequently advanced between Europe and the Americas as evidence of either an ancient sea link between the two or an intermediate landmass, Atlantis. Some of these supposed connections have been demonstrated as being totally without substance and merely coincidences resulting from the limited number of sounds that can be produced by human speech. Unfortunately, many of these purported links are still referred to in some books and even more frequently on websites, as credible evidence for the existence of Atlantis. Quite frankly the whole matter of similarities between languages is a complete red herring in the search for Atlantis. While it is perfectly possible that prehistoric Europeans and Africans travelled to the Americas and brought their languages with them, it does nothing to prove that Plato’s Atlantis existed.

The Basques, frequently linked with Atlantis, call their language, Euskara, which is a seemingly unique tongue, unrelated to any Indo-European speech. Strangely, Euskara shares some affinity with Finno-Urgic Patumnili (allegedly spoken in ancient Troy), Etruscan (belonging to the pre-Roman civilizers of western Italy, traditionally descended from the Trojans), Guanche (spoken by the early, supposedly Atlantean, inhabitants of the Canary Islands) and Nahuatl, the language of the Aztecs. These long-dead languages are themselves only very imperfectly understood today but the fact that Basque Euskara contains legitimate cognates with the languages of four arguably Atlantean peoples may not be without significance.

To add further confusion, in the middle of the last century, Dr. Yoshitomi drew attention to similarities between the Basque and Japanese languages.

Following the work of Dr. Pierre L. Collignon, Egerton Sykes supported the view that a number of North American place names have a possible Egyptian origin.

Kentucky/Quantuck named after the Egyptian Anubis

Kansas/Arkansas named after the Third Great God of Thebes

Massachusettes –Mesu-Tchesert refers to ‘Children of the Red One’

Niagara – Nga-Ra equates with ‘Bull of Ra’, bull being another title of the Nile.

All that can be said to readers is to tread warily and generally speaking take all that is read on this subject with a grain of proverbial salt. Nevertheless, those interested in recent developments in language studies the website below(a) should be of interest.

Alexander Freiherr von Humboldt (1769-1859) was a renowned German scientist and explorer. He spent five years (1799-1804) on an expedition to South America. While there he discovered the Casiquiare River, which links the Amazon and Orinoco rivers.

Humboldt expressed the view that Atlantis had possibly been located in America, although in his 1814 book, Personal Narrative of Travels[1329.v1.201], he stated that he did “not intend to form any opinion in favour of the existence of the Atlantis.” 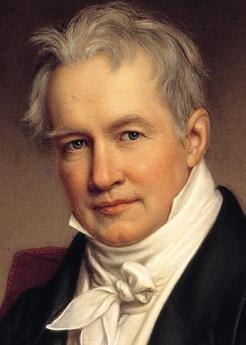 Humboldt also considered the likelihood of ancient links between Europe and the Americas, pointing out remarkable similarities between the Nahuatl and Greek languages. An example of which is the Aztecan Nahuatl language’s teo-cali (god’s house) and the Greek theoukalia (shrine or god’s house).

Furthermore, Humboldt also claimed that the Mayan and ancient Chinese calendars had a common source, an idea adopted by David H. Kelley*in a paper written decades ago, but only recently published in the journal Pre-Columbiana. A review of his work by Tara MacIsaac in Epoch Times(b) should also be read.*Jason Colavito has offered a sceptical view of that claim(a).

However, Galanopoulos and Bacon assert[263.96] that Humboldt favoured a Mediterranean inspiration for the Atlantis drama.