Bulgaria has not been totally excluded from the search for Atlantis. In 2012 it was announced that the oldest European town had been discovered in Bulgaria(a), near the town of Provadia and dated to about 4500 BC. Recently there were metal beads discovered in Bulgaria tentatively dated to 6000 BC. Along with recent discoveries of hoards of Thracian gold it is obvious that Bulgaria was no backwater, although identifying it with Atlantis is not a runner.*[Nevertheless, some have attempted(e) to link Atlantis with the ancient region of Thrace, which today would occupy a section of Bulgaria along with parts of Greece and Turkey.]*

In the mid-20th century the noted Bulgarian astronomer Nikola Bonev placed Atlantis in the Atlantic. However, the flooding of the Black Sea as revealed by Ryan & Pitman triggered the imagination of a number of people. The Schoppe father and son team who favour a Black Sea location for Atlantis have broken with the generally held view that Gadeiros, the twin brother of Atlas, gave his name to the city of Gades, now Cadiz in southwest Spain and proposed the more radical view that he gave his name to the Getae who occupied parts of today’s Bulgaria and Romania(b).

In 2012, Hristo Smolenov went further and suggested a closer connection between Bulgaria and Atlantis on his website(c), a video(c) and a book[1003], Zagora – Varna: The Hidden Superculture.

Professor Nikolay Bonev (1898-1979) formerly held the chair of Astronomy at the University of Sofia, in Bulgaria, favoured an Atlantic location for Atlantis and published a number of papers[187][188][189] in the mid-20th century on the subject. He was inclined to the idea of an asteroid strike or close fly-by as the 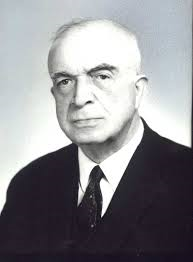 primary cause of the destruction of Atlantis(b). He considered that an asteroid approaching the earth would have caused a tide of enormous magnitude that would have created incredible devastation as it either followed its course as the asteroid either flew past or reacted to a massive sea impact. Bonev specifically favoured the asteroid Ceres as the culprit.

Bonev, caused a stir in 1961 when he expressed the view that our Moon had once been an independent planet(a) that had experienced violent volcanic eruptions that were powerful enough to have produced a ‘recoil’ effect, which nudged it towards our Earth’s orbit and was eventually captured as our satellite. His views had echoes of Hans Hoerbiger’s discredited captured moons theory. At the time scientists rejected Bonev’s claim as unsubstantiated by evidence, but since then we have discover the ongoing mega-eruptions on Jupiter’s moon, Io, which is slightly larger than our Moon. No effect on Io’s orbit has been recorded.