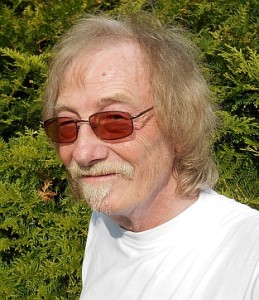 Chronologies and three books on the alleged moon landing hoax(c). He has contributed regularly to the German EFODON magazine.

Prahl has written on possible connections between the Guanches and the ancient Egyptians(a) and has collaborated with Geise to produce Auf der Suche nach der Mutterkultur (In Search of the Mother Culture) [730]  in which they support the idea of Atlantis in the Antarctic.

Guanches and Canarios were the names given to the natives of the Canary Islands when conquered by the Spanish in the 15th century following a hundred-year campaign. They are generally considered to be of Cro-Magnon origin having fair or red hair and blue/grey eyes, characteristics that are still to be seen today. Many writers have been convinced that the Guanches were the remnants of the Atlantean civilisation. Recent DNA studies(j) reveal a diversity of origins for the descendants of Guanches, comparable with the general Canarian population today.

However, a number of recent genetic studies(l)(m) have established a clear relationship with the Berbers of North Africa. Furthermore, it is claimed that the aboriginal language of the Guanches is related to one of the Berber dialects(n).*Further evidence favouring a Berber connection was provided in 2017(o). A 2018 paper develops this further with particular reference to the Lybico-Berber script(p).*

Prior to the arrival of the Europeans it is claimed that the population numbered over 20,000. It is not commonly known that in the 15th century many of the Guanches were abducted and brought to the Madeiras to work as slaves(g).

The Guanches were reported to have had no boats or maritime heritage. If they were all that was left following a catastrophic event, the Guanches were probably the descendents of mountain people who had no sea going heritage. This view was queried by Henry Eichner who claims that this idea was generated by the faulty assumptions of one of the first Spaniards to visit the island, Nicoloso de Recceo. In 2013, Sergio Navio decided to disprove this notion with a practical demonstration. The plan is to use a basic raft-like boat, named ‘Ursa Minor’ to sail from Lanzarote to La Palma, a distance of 250 miles(f).

The Spanish conquerors of the Canary Islands may have been able to shed more light on the subject, had they been more interested in history than in territory. According to these early explorers, the natives were surprised to learn that other people had survived the disaster that had flooded their world and submerged much of their homeland. They excitedly asked the conquistadors for help translating ancient inscriptions left by their ancestors that they could no longer read, but unfortunately – for the natives and for history – the Spanish exterminated their tribe before any more information was learned about their history and legends. Their inscriptions remain undeciphered.

The Guanches have been linked with both ancient Egypt and America on a number of grounds including similar methods of mummification(i) and the step pyramids found at both locations(d). Perhaps the most radical idea to emerge in recent times was the suggestion that the Guanches or more correctly their ancestors were the founders of predynastic Egypt. In a similar vein Helene E. Hagan wrote The Shining Ones[660], in which she identified the Tamazigh, related to the Guanches, as the founders of Egyptian civilisation.

Reinhard Prahl has published a paper(k) on the Migration & Diffusion website in which he highlights cultural similarities of the Guanches and ancient Egyptians.

José Luis Concepción (1948- ), a Canarian, has written a number of books with a local theme including The Guanches, Survivors and their Descendant [825], a booklet providing a brief history of the islands. He concurs with the view that the Guanches have an African Cro-Magnon  ancestry and are related to modern Berbers. The author also claims that the Guanches are still the dominant race on the Canaries. The booklet has been translated into a number of languages and includes an extensive Spanish bibliography.

A website(a) discussing the Guanches has some interesting if controversial suggestions regarding their origins. Another site highlights a possible connection with the Dravidians of Southern India(c). This Dravidian connection is supported by the late Edo Nyland(e) in his Linguistic Archaeology[1190]. Furthermore Arysio dos Santos who promoted a Sundaland location for Atlantis also supported a Dravidian origin for the language of the Guanches(h).

Two Russian writers, B.F. Dobrynin[347] and B. L. Bogaevsky[182] in the first quarter of the 20th century wrote articles that supported the idea that there were links between the Guanches and the original Atlanteans.
(a) http://www.bibliotecapleyades.net/esp_guanches_1.htm