Zia Abbas, according to his own website(a), is a computer scientist and works as a freelance software engineer and consultant for many companies. He is the author of Atlantis: The Final Solution[001] in which he claims to prove that Plato’s Atlantis is to be found in the South China Sea. The core proposal of this book is that Atlantis was located on the continental shelf in the South China Sea, 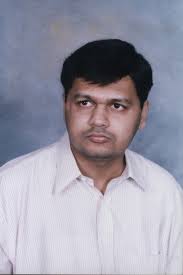 known as Sundaland, which was exposed before the end of the last Ice Age, when it was inundated as the glaciers retreated. According to Abbas, this large landmass contained the original Atlantis and was known as Idress. It is quite probable that early urban settlements did exist along the coast and at the river mouths of Sundaland, and were subsequently flooded. However, it is quite improbable that the flooding of these towns and villages were the inspiration for the Atlantis of Plato. Remember that at the same time, similar inundations were taking place much closer to home in the Mediterranean and the Atlantic and these events are more likely to have been remembered in the legends and myths familiar to Plato. The prehistoric flooding of the Sundaland region is covered extensively in Stephen Oppenheimer’s Eden in the East[004].

Abas is no trailblazer, as the idea of Atlantis in this region has been advocated since 1997 by investigators such as the late Professor Arysio Nunes dos Santos(b) and William Lauritzen(c).  Abbas’ theory is just a poor rehash of their ideas and his particular book has done little to advance their acceptance.

On the first page, Abbas claims that Atlantis was a republic, which seems rather strange for a confederation ruled by ten kings. He states that Athena was a ‘god’ of Atlantis, a claim that would have surprised Plato. Abbas also asserts that Atlantis is to be found in the Old Testament under the name of Enoch!

Further incongruity is encountered when we find that Abbas’ website includes a technical paper on Gravitation and Special Relativity.

This book is high on speculation and low on science. For many, the author’s credibility will completely vanish as soon as they encounter references to reptilian aliens a la David Icke, artificial structures on Mars or a hollow Earth. This is all a far cry from the Dialogues of Plato and probably explains the poor reviews that the book has received. Abbas also provides a website(c) that does very little to add to his cause.

*There has been little heard from Abbas in recent years, when the Atlantis in Sundaland theory has been advocated more strongly by dos Santos and Irwanto.*