The Scilly Isles are located south west of Cornwall’s Land’s End in the Atlantic Ocean. The islands were more extensive before the ending of the last Ice Age and their inundation following the melting of the glaciers undoubtedly produced the numerous legends in the region of sunken cities and lost civilisations. Apparently there was once a paved causeway joining some of the islands and according to an 18th century report, it was then under 8 feet of water. Even earlier in the 3rd century AD, Solinus referred to the Scillies in the singular as insulam Siluram. 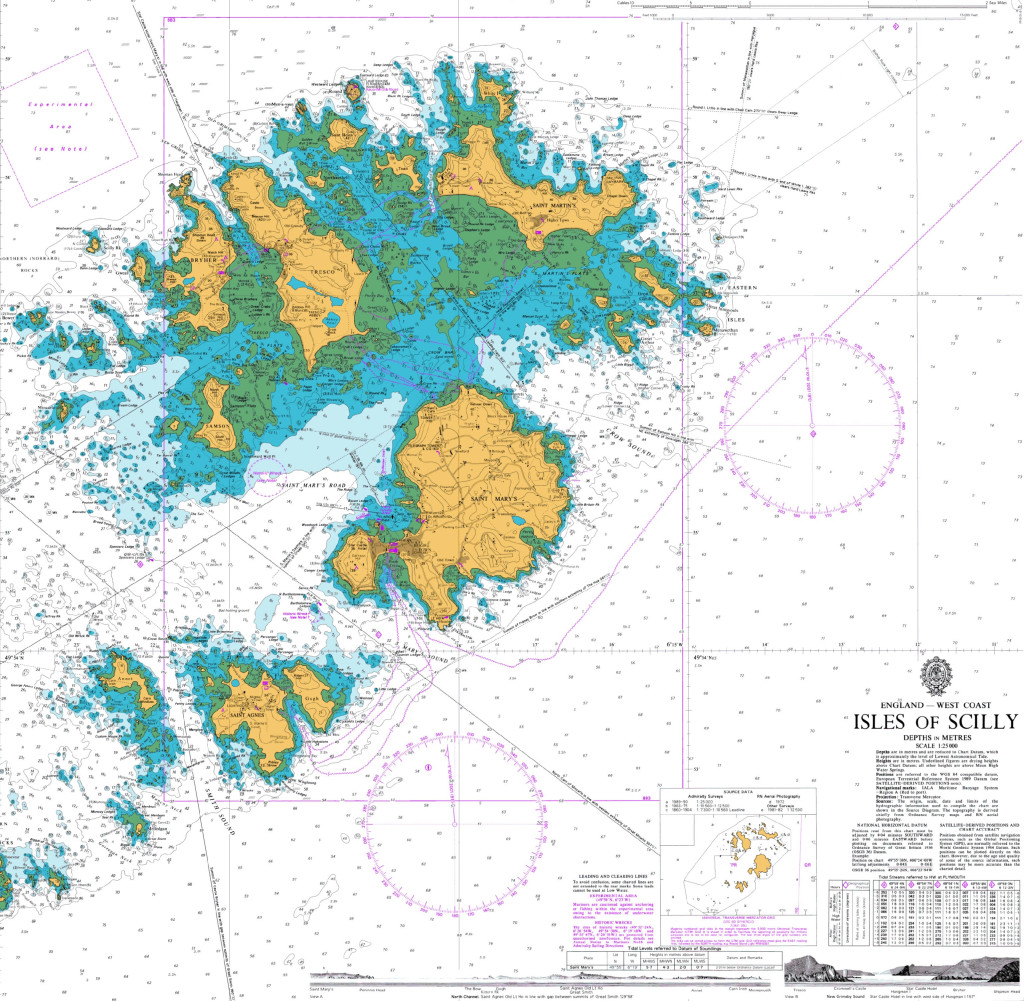 In more recent times the Russian Scientist Viatcheslav Koudriavtsev was convinced that Atlantis was located on the Celtic Shelf near the Scilly Isles. He specifically identified an underwater feature know as the Little Sole Bank, whose highest point is just 75 metres beneath the ocean’s surface. He had been promoting his theory since 1995 and eventually obtained official government permission to carry out explorations in the area, but he was unable to raise the necessary funds to carry out the operation.

R(ich) McQuillen is an American investigator who has cogently argued for an Egyptian location for Atlantis. He has diligently gathered an impressive array of evidence from classical writers including Hellanicus, Solinus and Aeschylus to support his view and arranged the morass that is Greek mythology to construct a credible timeframe for the Atlantis narrative.

*Hovever, McQuillen is not the first to locate Atlantis in or near Egypt, in fact, the earliest I have found is in the late 19th century by A.N. Karnozhitsky.*

McQuillen places the Pillars of Heracles at Canopus, which was formerly in the Western Nile delta but is now submerged about 6.5 km from the coast in the Bay of Aboukir. He is also of the opinion that the Egyptians used lunar ‘years’ rather than solar years bringing the backdrop to the Atlantis story into the 2nd millennium BC.*However, he now seems to favour the ‘factor ten’ interpretation of Plato’s date.*

McQuillen locates Atlantis at Pharos, which was near modern Alexandria. His website(a) is well worth a visit.

Extensive underwater excavations in the region have been undertaken in recent years by Franck Goddio and his team with remarkable results(b).

It is also worth noting that the late Ulf Richter reasoned that a river delta was the most likely topographical setting for Atlantis.

Gaius Julius Solinus (fl. 3rd cent. AD) was a Latin geographer who drew heavily from Pliny’s Natural History. His work is widely available on the Internet(a). R. McQuillen quotes Book XXXI(b) as part of the support he claims from classical writers for his proposed Egyptian location for Atlantis.

For me, Solinus’ most intriguing piece of information was that Ireland was snake-free two centuries before St. Patrick came to this country!