Michael Shermer (1954- ) is the founding Publisher of Skeptic magazine and Skeptic.com. Suffering as he does from terminal scepticism, Shermer could not resist offering his views on Atlantis(a), which 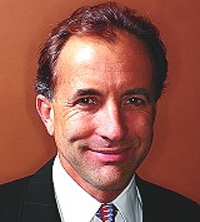 basically assume that Plato created the myth of Atlantis to support his political philosophy. Shermer does accept that Plato mixed history with myth but does not suggest how we might separate the two, instead, he is content to dispose of both baby and bath-water. I consider as fatuous, his comment that “Plato’s Atlantean dialogues are essentially an ancient Greek version of Star Wars.”*This silly comparison was recently (2018) echoed on an Australian website(d).*

Shermer wrote an article(b) for Scientific American (Jan.1.2016) on the subject of ‘Homo naledi’, which generated a highly critical response, noting that “Shermer preferred to speculate without evidence and publish an essay without fact-checking.” Even Homer nods!