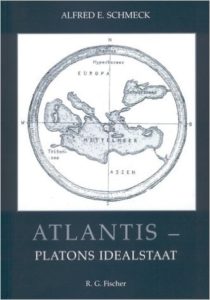 Alfred E. Schmeck (1934-2003) is a retired German engineer who proposed in a short (80-page) 2003 book[542] that Atlantis was merely an expression of Plato’s conception of a Utopian state. He contended that Syracuse in Sicily provided the geographical inspiration for the story.

Thorwald C. Franke has written a critique(a) of Schmeck’s theory.