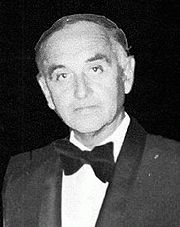 Andrew Tomas, (1906-2001), was born in St. Petersburg in Russia, but after stopovers in Finland, Manchuria, China and the USA he later became an Australian citizen. He has written a number of books on the theme of ancient technology and wisdom[349-51].

His book on Atlantis[348] is fairly pedestrian fare that purports to link Plato’s city with an age of long lost high technology. Rob Solàrion, a fan of Sitchin’s Planet X theory, has written a commentary(a) on Tomas’ entire book.

In November 2015, Jason Colavito wrote a brief biography of Tomas’ globe-trotting life(b) and his early interest in UFO’s(c).