William Whiston (1667-1752) was an English historian and theologian. In his 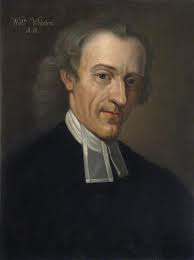 1696 book, A New Theory of the Earth[1162],  he contended that an encounter with a comet, in 2346 BC, caused the biblical Deluge, which in turn led to the destruction of Atlantis (p.262, 5th edition). His book is now freely available online as a pdf file(a). Both George Dodwell and Mike Baillie have also offered evidence for a globally catastrophic event in 2345 BC.

The ancient Chinese Huai-nan-tzu, recounts a legend of ten suns appearing in the sky, an account which might be related if the suggested(b) date of 2345 BC for the event could be verified.

He had the idea that the antediluvian population had been much greater than the present continents could accommodate and he reasoned that an additional landmass was required to cater for these additional people. Whiston took Plato’s description, of the submerged Atlantis being greater than Libya (North Africa) and Asia combined, at face value and assumed that such a large piece of extra territory would have been adequate to meet the needs of his presumed additional world population.