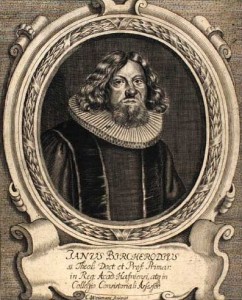 Jens Bircherod (1658-1708) was bishop of Aalborg in Denmark. He accepted that Atlantis had been situated in America and also speculated that the Phoenicians and Carthaginians had, by a fortuitous mixture of winds and currents, reached America, as noted briefly in his treatise De orbe novo non novo schediasma[1473].

In 2016 Bircherod had to suffer the delayed indignity of having his diet analysed, when his 300-year-old faeces were studied and given extensive media coverage(a).