J. Rufus Fears (1945-2012) was an American historian at Oklahoma University and a 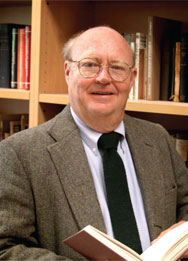 contributor to the well-known Atlantis: Fact or Fiction[0522] edited by Edwin S. Ramage. Fears is quoted by Andrew Collins[0072.41] for his criticism of the Minoan Hypothesis where he states that: “It is disturbing that, in the last quarter of the 20thcentury, serious scholarship is still called upon to debate the possibility that Plato’s Atlantis is a remembrance of Minoan Crete. Even at a superficial glance, the equation of Atlantis with Minoan Crete is revealed as a tissuework of fabrications, a flimsy house of cards, constructed by piling dubious hypothesis upon pure speculation, cementing them together with false and misleading statements and with specious reasoning.” While I feel that Fears was a little too harsh, I agree that the Minoan Hypothesis require some industrial strength shoe-horning of Plato’s data to give the idea any traction.