I was born in Dublin in 1943. I was a fairly average student; perhaps mediocre might be a more appropriate word. Because of financial constraints a university 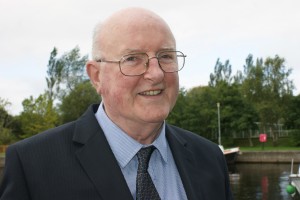 education was not an option and so when I finished with secondary school, I left to begin my real education. I first took up a series of minor clerical jobs, eventually obtaining a position with a small electrical company and in time became a director of it. While in my twenties I became a devout atheist and later became the founder and first chairman of the Irish Humanist Association.

In due course, together with a colleague, we established our own company in the Irish Midlands. After eight years I was forced by domestic considerations to return to Dublin where I formed another company in the transport sector, which I had to retire from due to ill health after ten years. I am now a pensioner and live in County Leitrim with my partner.

My interest in ancient history was probably sparked by writers such as the now discredited, Erich von Daniken. As an avid reader I soon progressed to the more rational catastrophism and revised chronology of Immanuel Velikovsky, a man whose work has clearly inspired many later researchers. Although my reading frequently touched on the subject of Atlantis it was only in recent years that I launched into a comprehensive study of the subject and recognised that it was a topic that has generated so many books and articles that it was badly in need of its own dedicated encyclopaedia. While halfway through the compilation of this work Frank Joseph published his Atlantis Encyclopedia. On reading his tome, I realised that it was excessively focussed on native American mythology, which is understandable as Joseph is editor-in-chief of Ancient American magazine. Anyway, I proceeded with my own work, which I judged to be more comprehensive and present it here for your consideration. It will be continually updated as new discoveries are made and new theories are developed.