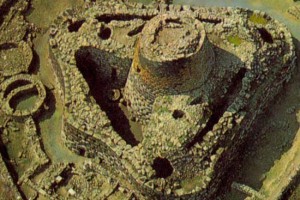 American novelist, Francis Levy, has erroneously claimed(g) that Plato had said that there had been 10,000 towers in Atlantis and consequently “One argument would have it that Sardinia was in fact the lost civilization of Atlantis, which became buried by water when the Mediterranean rose.” 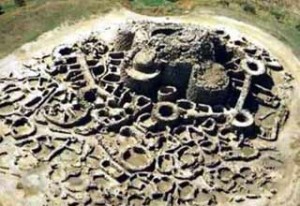 Ignatius Donnelly also suggested that the Scottish brochs were associated with the nuraghi and goes further suggesting that the round towers of Ireland were the result of similar influences as well as structures in the United States and India, claiming that “it will not do to say that the resemblance between these prehistoric and singular towers, in countries so far apart as Sardinia, Ireland, Colorado, and India, is dur to an accidental coincidence.” [1179.418]