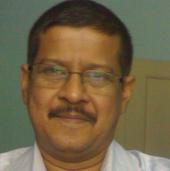 Amlan Roy Chowdhury holds a Master’s degree in Anthropology from Calcutta University. His website(a) has a number of interesting articles including one on Atlantis, which is supportive of the idea that the Vedic Civilisation, which lasted until the 6th century BC, could have been the remnants of Atlantis.> He suggests further that emigrants from ancient India influenced other cultures in both the west and east.<

He also expands on these ideas in a number of papers on the Academia.edu website(b).

>However, Chowdhury’s focus is on the evidence for early Indian influences in the culture of ancient Egypt(c-f).<