Robert Francis Scharff (1856-1934) was born in Britain of German parents.  He is best known as the director of the Natural History Museum in Dublin at the beginning of the 20th century. 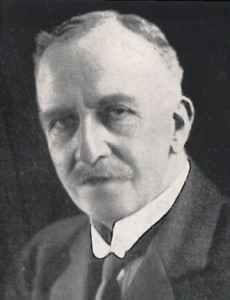 He was of the opinion that there had been a land bridge between Europe and America, which had also been home to Atlantis. Dr Scharff addressed the Royal Irish Academy on at least two occasions[539][540] on this subject. However, in 1899 he published The History of the European Fauna[1027]+ in which he made an even earlier reference to “the old land-bridge between Europe and North America, which is generally known by the name of Atlantis.”(p.49)

Scharff among others of his day was strongly opposed to the idea that extensive ice sheets had covered huge areas of Europe and North America during an Ice Age.

In a later book, Distribution and Origin of Life in America [1159]+, he offered further faunal evidence in support of an Atlantean landbridge in the Atlantic and quotes Professor Heinrich Simroth (1851-1917), who posited a landbridge from Portugal to the West Indies (p.213).

In 1926, Lewis Spence wrote[259.56] of Scharff as having “contributed more valuable data to the literature of Atlantean research than any other living scientist.”

Theodor Arldt (1878-1960), a German geographer, expressed similar views in 1907 regarding an Atlantic land bridge but placed it in the Miocene Epoch millions of years ago.