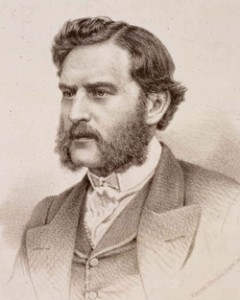 Berthold Carl Seemann (1825–1871) was a leading German botanist who, like many others, was seduced by the idea of an Atlantic landbridge as an explanation for the existence of the same flora on both sides of the Atlantic.

In an 1866 contribution to Popular Science Review(a) he identified Iceland, Madeira and other Atlantic islands as remnants of the landbridge as well as evidence for Plato’s Atlantis.