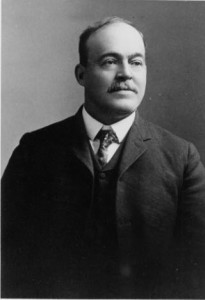 Edward Herbert Thompson (1856-1935) began a career as an anthropologist in 1879 when he wrote an article(a) in Popular Science Monthly that linked the Mayan culture with Atlantis. He spent the next 40 years working in the Yucatan making valuable contributions to our knowledge of the Maya. His most impressive discoveries were at Chichen Itza.

In spite of the fact that Thompson subsequently recanted his views on Plato’s lost island. However some Atlantis researchers still quote his earlier views.