Mark Adams is an American writer from New York State with the best-selling Turn Right at Machu Picchu[976] to his credit. He 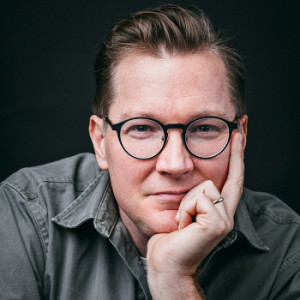 has spent recent years researching the subject of Atlantis, travelling extensively in the process. One of his trips took him to Ireland where I had the pleasure of meeting him and having many discussions on the subject.

His book, Meet me in Atlantis[1070], gives readers an up-to-date overview of modern Atlantis theories that is both comprehensive and fair. I am aware of the amount of research that Adams has put into this work, interviewing a wide range of individuals, including myself, on both sides of the Atlantic. He has an easy-to-read style and while I do not agree with all of his views, I sincerely believe that this book should be compulsory reading for anyone with a serious interest in the subject.

Following the initial publication of his book Adams gave a number of promotional media interviews and in May 2016, following the publication of the paperback edition, he wrote an article(a) listing three ‘problems’ that he believes should be kept in mind when embarking on a search for Atlantis;

“1. Every Single Reliable Clue We Have about Atlantis comes from Plato

2.Plato Was a Pythagorean

3. Plato Was a Philosopher, not a Historian”

For my part, I do not see these as problems, just matters for consideration rather than concern.

*In Adam’s book, he refers to Stavros Papamarinopoulos as “the world’s most respected Atlantologist” [p.191] However, it is interesting to compare Adams’ problems with the comments of Papamarinopoulos in a paper delivered to the 2005 Atlantis Conference in which notes that critics of Plato’s Atlantis “carefully neglect to mention that only Plato and not the historians mention the following:

1.The Achaean Athens of the 12th century BC described in detail in Critias,

2.The end of the Achaean world in the 12th century BC,

3. The assault of the Sea Peoples in East Mediterranean in the 12th century BC,

4. The position of the giant westerly continent and

All these have been proved except the fifth. Plato was not aware of the 12th century BC turmoil but he described its events in general terms correctly.” [629.555]

Although I do not subscribe to No. 4, as you can see in the America entry, Adams’ view of Plato as an historian is contradicted by the highly regarded Papamarinopoulos.*