>Another Dutch linguist Jan Best and Woudhuizen co-authored a paper(e)  on the Phaistos Disc and concluded that “Not only the script but the language, too, is very similar to Luwian.” If their reading is correct, “the text on the disc intends to settle an ownership dispute in a place called Rhytion near Pyrgos in the southwest of the plain of Messara: The Greek king Nestor has a principality in Crete that includes Knossos and parts of the plain of Lasithi and of the Messara.“< 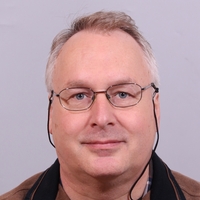 Mediterranean inhabitants among its membership(a).

He has published many papers on the academia.edu website(b) including one entitled Atlantis in Space and Time(c), in which he claims to have found a reference to Atlantis (ta-ru-nu) in some Cretan hieroglyphics. Jason Colavito was not impressed by Woudhuizen’s convoluted argument(d).